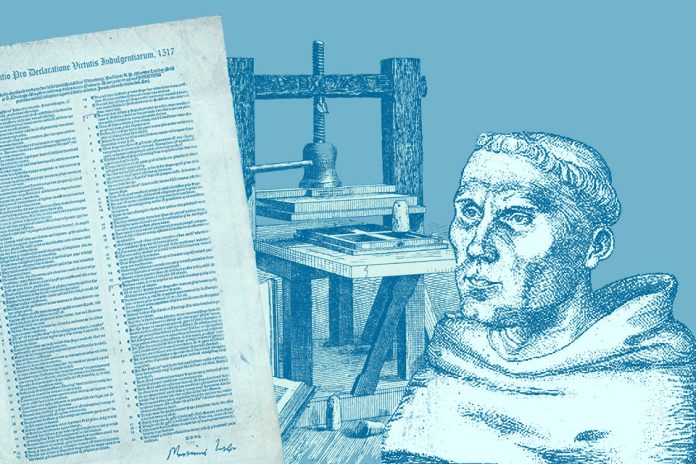 Out of love for the truth and from a desire to elucidate it, the Reverend Father Martin Luther, Master of Arts and Sacred Theology, and ordinary lecturer therein at Wittenberg, intends to defend the following statements and to dispute on them in that place.

Therefore he asks that those who cannot be present and dispute with him orally shall do so in their absence by letter. In the name of our Lord Jesus Christ, Amen.

RECOMMENDED READ:
History of the protestant reformation.
Early church history & rise of Roman Catholicism.
Why the protestants separated from Rome.

August 16, 2020
- Google Ads -
Previous article4-Reasons Why Protestants Separated from Catholics
Next articleWho is the Greatest Apostle?