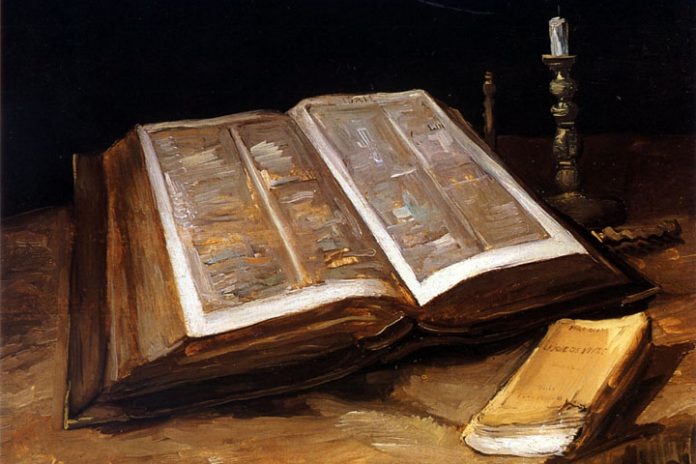 Basic theology twisted by other religions

1. The Judeo-Christian Bible is God’s words

Written by various authors, the Bible is a compilation of manuscripts, epistles or letters, and oral traditions written down through ages. It is accepted as a historical document put together on July 4, 325 A.D., during the first council of Nicea.

It is classified as non-fiction with estimated total sales of over 5 billion copies, and the Bible is widely considered the best-selling book of all time.

Emperor Constantine the Great (who converted to Christianity) invited about three hundred Christian bishops and deacons from the eastern half of the Roman Empire to convene to agree on several doctrines that have been dividing Christendom.

By A.D. 400, although there were several mistranslations, St. Jerome complied the first Bible as we know it known as the Latin Vulgate.

How is the Bible twisted?

A. “The Bible is incomplete”

The Bible as we know it today did not exist during the apostles’ time. It was compiled three centuries after, the reason others assert that God may still add to it by means of undiscovered manuscripts or “new revelations.”

True, there were manuscripts not included in the Bible today. They were considered by the early church fathers as heresy and did not align with the apostles’ teachings. Some of these books were the Pseudepigrapha, Apocrypha, the gospel of Mary, among others.

Clearly, except for the 10-commandments, God did not leave an absolute or “complete manual” for us to give room for faith. Jesus also taught in parables because it takes faith to believe in God.

B. “The Bible was written by ordinary men”

The Christian Holy Bible has 40 authors, written for about 1,500 years. These were kings, fishermen, priests, officials, farmers, and shepherds.

Some of the manuscripts (Example: Synoptic Gospel) had no explicit reference to who the author was. Biblical scholars only assumed, based on the writing style and content, which the author was.

Essentially, the Bible has one author, God Himself. It is “God-breathed” (2 Timothy 3:16). The human authors wrote exactly what God wanted them to write, and the result was the perfect and Holy Word of God (Psalm 12:6; 2 Peter 1:21).

C. “The Bible is a fairy tale story”

Some of the stories in the Bible are difficult to accept, such as the creation in 6 days, Jonah being swallowed by a whale, murders, and endless wars that a loving God approves of.

The seeming contradictions of God’s character, miracles, and Jesus’ resurrection makes it appear dubious, the reason the apostles always talked about faith, belief, and repentance (metanoia), as the principles of saving faith.

Deuteronomy 29:29
The secret things belong to the Lord our God, but the things revealed belong to us and to our sons forever, so that we may follow all the words of this Law.

WHICH BIBLE TRANSLATION CAN I TRUST?