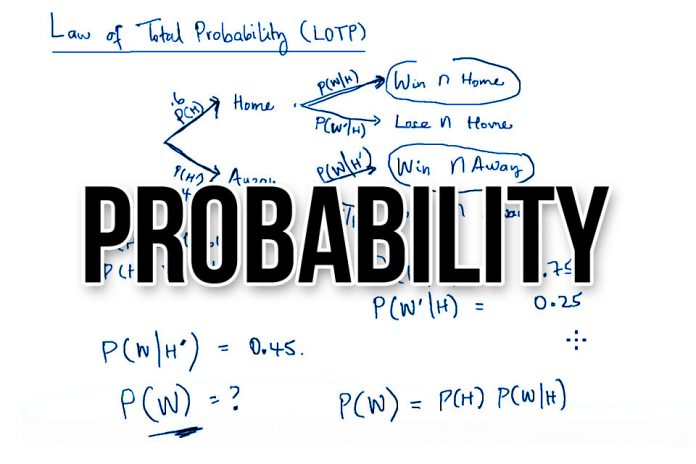 Probability is a mathematical computation of how an event is likely to occur. The three basic rules of probability are the addition rule, multiplication rule, and complement rule. For example, the “addition rule” is expressed through this equation: P (A or B) = P(A) + P(B) – P(A and B).

Professor Peter W. Stoner (Moody Press), published the book ‘Science Speaks’ in 1952. It ascertained the probability of prophecies in the Bible from ever happening.

The Christian Bible is unique, and one of several proofs the Bible is God’s words is because of 300 to 351 fulfilled prophecies pointing to the Messiah.

Micah 5:2
“But as for you, Bethlehem Ephrathah, Too little to be among the clans of Judah, From you One will come forth for Me to be ruler in Israel. His times of coming forth are from long ago, from the days of eternity.”

The probability of an “eternal ruler” of Israel will come from the tribe of Judah is 1 to 280,000.

Malachi 3:1
“Behold, I am sending My messenger, and he will clear a way before Me. And the Lord, whom you are seeking, will suddenly come to His temple; and the messenger of the covenant, in whom you delight, behold, He is coming,” says the Lord of armies.”

The probability of someone born in Bethlehem sent by God to do a task is 1 in 1,000.

Zechariah 9:9
“Rejoice greatly, daughter of Zion! Shout in triumph, daughter of Jerusalem! Behold, your king is coming to you; He is righteous and endowed with salvation, Humble, and mounted on a donkey,
Even on a colt, the foal of a donkey.“

The chances of a ruler entering Jerusalem riding a colt is 1 in 100 chances.

Zechariah 13:6
“And someone will say to him, ‘What are these wounds between your arms?’ Then he will say, ‘Those with which I was wounded at the house of my friends.’“

The chances of someone being betrayed by a friend that results in wounds in his hands is 1 in 300 chances.

Zechariah 11:12
“And I said to them, “If it is good in your sight, give me my wages; but if not, never mind!” So they weighed out thirty shekels of silver as my wages.”

The chances of being betrayed for exactly thirty pieces of silver is 1 in 1,000.

Zechariah 11:13
“Then the Lord said to me, “Throw it to the potter, that magnificent price at which I was valued by them.” So I took the thirty shekels of silver and threw them to the potter in the house of the Lord.“

The chances of thirty shekels of silver (measly worth) flung down a temple and immediately taken by the priests to purchase a field of a potter for a burying ground for the poor is 1 in 100,000. The verse alludes Judas’ thirty pieces of silver to betray Jesus, as such a measly worth.

The chances of an innocent man who was betrayed, oppressed, afflicted, and not offer a single word in his own defense is 1 in 1,000.

Psalm 22:16
“For dogs have surrounded me; A band of evildoers has encompassed me; They pierced my hands and my feet.“

Crucifixion wasn’t invented yet when King David wrote this passage. The chances of a man being crucified when the prophecy was written are 1 in 10,000.

Jesus was the fulfillment of these prophecies

The chances that all these eight prophecies will happen to one man, and all of it during his lifetime are 1 in 100,000 Trillion chances.

As atheists insist there is no God, these fulfillment proves that not only is God real, but He loves you by sending Jesus to save you.

Christian prayer by unconstitutional in the USA?