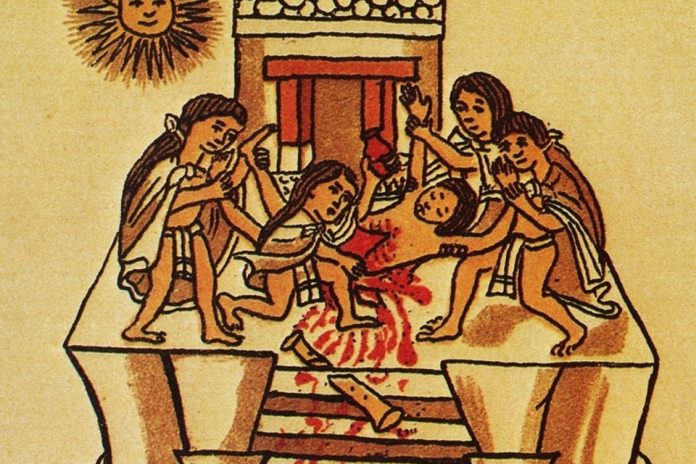 Liberal schools, especially in Democrat-run California, have successfully removed Christian prayers in schools. This time, they encouraged students to join a “community chant” that includes references to the pagan gods “Tezcatlipoca” and “Huitzilopochtli,” known for human sacrifice.

Backlash over a pagan practice

According to Religion News, San Diego parents and a group that has advocated against critical race theory are suing the California Department of Education.

“Our clients have a religious objection to the Aztec prayer, and they do not want their children chanting the Aztec prayer, being asked or pressured to do so, or risking ostracism if they refuse,” their lawyer said.

Tezcatlipoca and Huitzilopochtli are principal deities of the Aztec religion where human sacrifice is part of appeasing them. For example., the priest selects a young and handsome war prisoner. He lives for a year in princely luxury, impersonating Tezcatlipoca.

On the feast day, he climbs the temple where his heart is removed as a sacrifice. Likewise, Huitzilopochtli, the war god, was offered a living human heart for daily nourishment.

Most Important Command of Jesus in the Bible