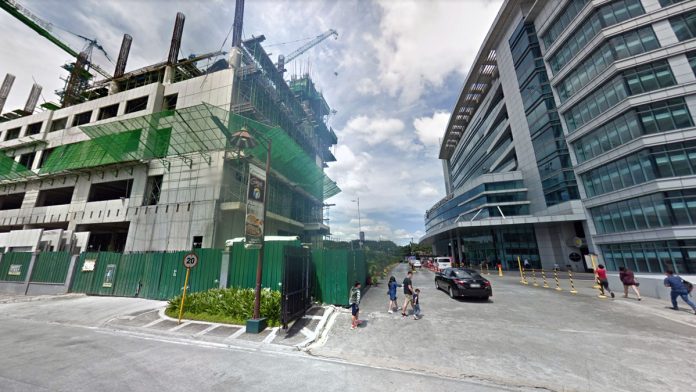 How CCF church in the Philippines became a missionary sending church to the world, sharing the Gospel globally

In 1982, Peter Tan Chi began a bible study at home in Brookside Subdivision in Cainta, Rizal. Only three couples attended the first meeting. They invited friends to join and soon, they had to move into the garage to accommodate more people.

About two years after, the group established itself by having a core group of 40 people, who were mostly into business or were professionals in various fields. Thus, the Christ’s Commission Foundation was established to help others know Christ.

In August 1984, they had their first Sunday worship service at the Asian Institute of Management (AIM). The CCF church was born and its mission turned into making disciples of men, who love the country.

It was during this time that God moved at a warp speed, CCF SFS had to be renovated several times, to accommodate the growing number of people coming.

From the top floor, CCF began renting the floors below, initially to make room for Sunday school and ministry groups who needed a venue. Still, it wasn’t enough and CCF made rooms and rented another floor to accommodate new ministries being established.

It was also during this period that the Master’s Academy moved to CCF Saint Francis, making it the center of CCF activities for all groups and ages.

By early 2000, CCF satellites began to emerge in various parts of the Metro. CCF Tondo was one of the few branches that emerged.

A few years after, CCF churches in provinces slowly began to be established, birthed by the burden of members who had the burden to expand God’s kingdom.

Inevitably, members coming from nearby Bulacan, Cainta, and as far as the Pampanga region realized the need to establish a satellite church.

Vision towards a global CCF

CCF Senior Pastor Peter Tan Chi may have the skills and organizational discipline that helped CCF become what it is, but the movement would have been short-lived without God’s anointing and provisions.

Its senior pastor of CCF has only one focus—to honor God and make disciples. It’s through this that CCF began to look beyond, and CCF Beyond was born.

Filipinos at the center of mission

Spain brought Christianity to the Philippines in 1521. By the 1970s, missionaries from the west have established strong Christian churches they’ve planted decades earlier. In the 1980s, church fellowship grew in leaps and bounds.

At the same time, brain drain was also happening as more and more Filipinos go outside the country to work or relocate.

Behind all these was God’s providence in putting Pinoy OFWs and immigrants around the globe. With the advent of the internet, Christian Pinoys connect, mentor, and establish small groups and churches.

By the time CCF moved to its global headquarters, several members of CCF who relocated to Singapore, HK, the Middle East, Australia, the United States, and Canada started their small groups.

These D-Groups gave birth to CCF churches in these countries. A pattern of growth, since CCF was conceived in 1984.

People with professional backgrounds help lead CCF with strategic planning. However, despite their expertise, God had other plans much bigger than they had in mind.

It’s only by God’s grace that the church could construct its ambitious 3-billion building project. Today, it sits on a P1 billion worth property, sold for only P1.

The land was never intended to be sold by the Ortigas family, but God is sovereign. Moreso, CCF did not borrow a centavo from the bank. God moved—His people gave.

On May 12, 2013, CCF held its first Sunday worship service at the new CCF Center in Frontera Verde Pasig. It has a 10,000 seating capacity.

Today, the huge Christian facility is home to Global leadership training, the Master’s Academy, and a host of Christian ministries making disciples and helping change the social landscape of the Philippines.

A great awakening in the Philippines

In 2019, CCF had over 100,000 members and 70 satellites in the Philippines alone. CCF has satellite churches and small groups in other parts of the world, including North America, Australia, the Middle East, and Asia.

This page is updating. We are not part (directly or indirectly) of CCF. For additional information, please send us an email.