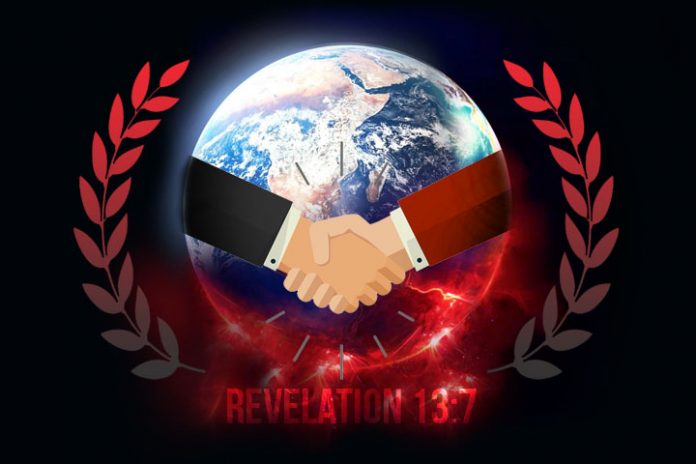 The weather is acting weird, but it doesn’t mean the world will end soon. That’s scaring little children, just like what Greta Thunberg does. The fear is real and more women feel they shouldn’t build families anymore. For godless people to say the world will end in 12 years is ludicrous.

Climate change is so politicized; activists are destroying the hopes of Generation Z and Millennials. No wonder a supporter of socialist Ocasio-Cortez said, “We should eat babies to save the planet!”

Satan has infiltrated universities, schools, Hollywood, Big Tech companies, mainstream media, and of course, politics. Politicians working with scientists will justify climate change to push the “Green New Deal.” The aim is to befuddle and achieve fear in order for people to say yes to them.

First, ozone depletion was blamed on the greenhouse effect in the 1980s. Scientists scared people that we’re entering a global ice age within 10-40 years, but it didn’t happen. Instead, it’s now getting warmer.

Recently, scientists claimed that repeated massive storms could create ‘Stormquakes.’ Ridiculous as it is, this means an earthquake is because of man’s failure to reduce carbon emission—on top of industrialization.

3. Man can save the planet: There’s no God

The Bible tells us natural calamities are part of end-times signs. This world is doomed; hence the second coming of Jesus is our only hope. To godless climate activists, what’s happening has nothing to do with the Bible because there is no God for them to begin with—the cause is CO2.

A “one-world government” with the anti-Christ can be anyone from a spiritual leader to a scientist. The objective is an overarching power to less developed countries to manipulate and dictate “climate policies” that favor them.

Mark of the beast

The coming “one-world government” controls the people. For example, they can prevent anyone from buying or selling, much like how card membership works or digital currency.

People can be penalized for non-conformity. They have no choice but to move to the mountains for safety and pasture because a world-wide famine is imminent (Revelation 6:15-16). It sounds like fiction, but many Biblical prophecies have come true.

In 2019, Orwellian-China spent billions on technology so it can control and mark all citizens. Rumors of the Chinese putting up digital currencies will redefine buying and selling.

Before WW1, empires ruled the world. Their economic success was partly because of slavery. They abused Asians and African nations for labor and used their resources to feed their appetites.

Checklist of a True Christian