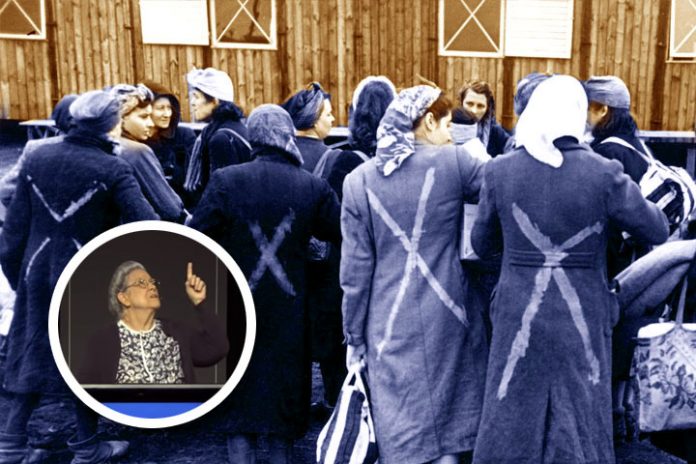 On February 12, 2016, Vickie Gaynier personified Corrie ten Boom in a live audience. She portrayed her testimony as if Corrie was still alive.

A must-watch, it’s like hearing and seeing Corrie alive today, although that would make her 128 years old in 2020. The message of Corrie echoes and still holds today, as it was in the past.

A short history of the ten Boom family

Corrie ten BoBoom’samily were watchmakers in Holland. His father submitted to government authority and did not join the resistance but did his part in saving Jews from death. They hid them by batch in a tiny secret room and into a ‘safe house.’

After a year, they were caught and sent to Ravensbrück concentration camp, where his father died ten days after, and her sister Betsy in 1944. Corrie was released after a clerical error—clearly an act of God.

Life at the Nazi camp was beyond terrible

“hey were treated like animals, starved, and housed in a flea-infested barrack. “Besty, I cannot bear this,” Corrie said on many occasions. She broke her grief when she realized that Jesus suffered much more. Hers’ ‘as nothing compared.

Is prayer your steering wheel or your spare tire?

She would prefer to die than live in such horrible conditions. After all, she had already lost her beloved sister and father. She would rather be with the LORD in heaven. It was Jesus who sustained her.

After the war, Corrie ten Boom was able to move on and be joyful, not because she was free, but because she forgave her tormentors. “Forgiveness is an act of the will, and the will can function regardless of the temperature of the heart,” Corrie said.

Whether you’re having a family crisis, financial rut, health problems, or oppression, “No pit is so deep that He is not deeper still. With Jesus, even in our darkest moments, the best remains, and the very best is yet to be,” Corrie’s most important message that she promised her sister Betsy to tell you!