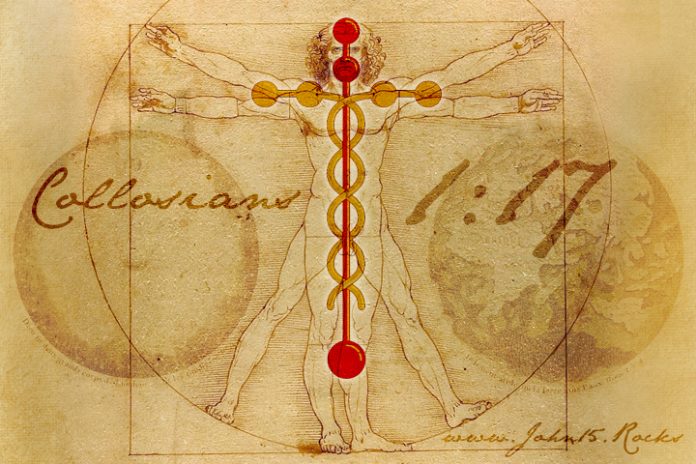 Allusion of the cross of Christ found in cuneiform, donkey, and the human cell

Do you know anyone who wears a noose, electric chair, or a guillotine pendant? That would be bizarre right? But for Christians, wearing the cross is a reminder of the death of Christ. His blood shed on the cross was the ultimate sacrifice and payment for all of mankind’s sins. However, the earliest known Christian symbol was not a cross but a fish.

The Greek for fish, ichthus, served as an acronym for “Jesus Christ, Son of God, Savior.” Christ’s crucifixion was foretold in the old testament and nature attributes the “cross” with an important meaning in life.

Interestingly, the cross is found in ancient cultures, predating Christianity. For example. the ankh is an ancient Egyptian hieroglyphic symbol that was most commonly used in writing and in Egyptian art. Although the Egyptians practiced paganism, the intent, and meaning of the Ankh represent the word for “life” and by extension, as a symbol of life itself.

Jesus rode a donkey, fulfilling the prophecy of Zechariah of a King riding on a donkey. Jesus entered Jerusalem and this “triumphant entry” had an important meaning. What would follow next would be His trial, being mocked as the “King of the Jews,” and His crucifixion. Interestingly, the donkey is the only mammal with a cross on its back.

Donkeys are dedicated animals and regarded as the original “beasts of burden.” They were often used more than horses in trade and commerce because of their ability to trek difficult terrain. Their size is also ideal and they are intelligent and hard-working animals.

L’Uomo Vitruviano is a drawing by Leonardo da Vinci around 1490. The ink on paper drawing represents the ideal human body proportion. Naturally, the design of the cross used during the Roman period is proportionate to the silhouette of a man standing with arms on the sides, similar to how Da Vinci drew it. This cruel position allowed the body to survive for a number of days so people can see pain and death in motion.

Da Vinci may not have drawn the Vitruvian as an allusion to Christ, but evidently, the cross mirrors the human body. As we stand in front of the cross of the “risen Christ,” His arms’ spread wide unto ours. That “bitter embrace” on the cross caused us to “die to our sin” yet live again, through Christ’s resurrection.

Laminins are special proteins of the extracellular matrix (such as collagen, enzymes, and glycoproteins). It is important because it provides the structural support of other cells surrounding it. Thus, laminins are often dubbed as the “glue of life.” It is vital for the maintenance and survival of cell tissues. If laminins do not function the way they should, the body will collapse.

Interestingly, Jesus is before all things and in Him, all things hold together (Colossians 1:17). Without laminins, cell tissues and organs will fail and the body will die. Likewise, because of Jesus’ death and resurrection, He has restored life and those who are “with Him and in Him” shall be saved upon the destruction of the world. Those who belong to Jesus shall live in the new earth and for all eternity.

Collosians 1:17
…in him all things hold together.