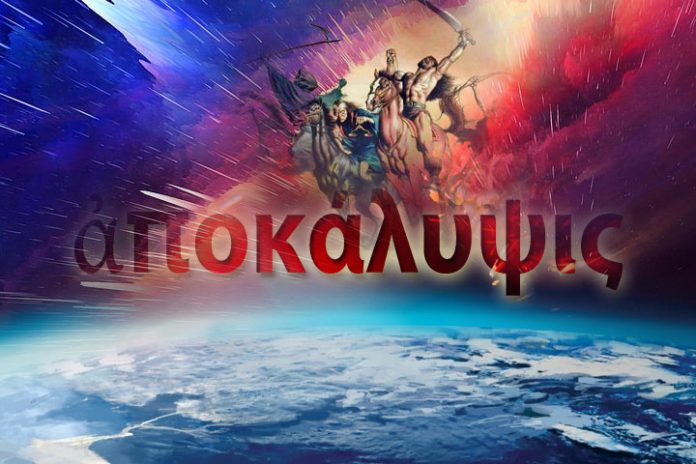 God gives John a vision of the end of the world. John saw “King Jesus” standing among seven candlesticks that represent seven kinds of churches. Some churches were faithful, others morally corrupt. Jesus warns of tribulation to test their faith.

John sees The Holy Throne. In God’s hand was a scroll with 7-Seals that tells how God’s kingdom will come on earth. No one can open it except the Lion of Judah, the messianic military King (Gen 49:9; Isaiah 11:1). However, John sees a slain LAMB, not a roaring King, who was ready to open the scroll.

Although the Apocalypse is about the “end of the world,” it is about a NEW beginning for God’s people. It is the hope we have in Jesus that at the end of life on earth, a new experience awaits us in the NEW heaven and NEW earth.!

The Book of Revelation (or Apocalypse) is a compilation (circular letter) of prophecies given to the seven churches. It was written by a man named John who wrote them at Patmos Island in 96 AD. The dreams and visions delivered through an angel from Jesus, given to Him by God.

In the vision, there was a scroll with Seven Seals of God. After breaking the Seventh Seal, Seven Trumpets were blown one at a time (Rev. 8-11). Then the Seven Wrath of Bowls was poured unto the earth. These seals mark the Second Coming of Jesus and the battle of Armageddon. (Rev. 5-8)

The three sets of “Divine Judgments” are not a literal, linear sequence of events, but “woven together.” For example, the “Seven Bowls” is within the “7th Trumpet.” The Trumpets are within the “7th Seal.” Each set concludes with the Final Judgment, and John used them to depict the “same period” between Jesus’ resurrection and His “Second Coming.”

NEXT PAGE | Part 1: The Seven Seals
May 18, 2020
- Google Ads -
Previous articleFinal Destination: What happens to Christians when they die?
Next articleWhat Jesus said about submission to government authority

Is Ravi Zacharias in hell?