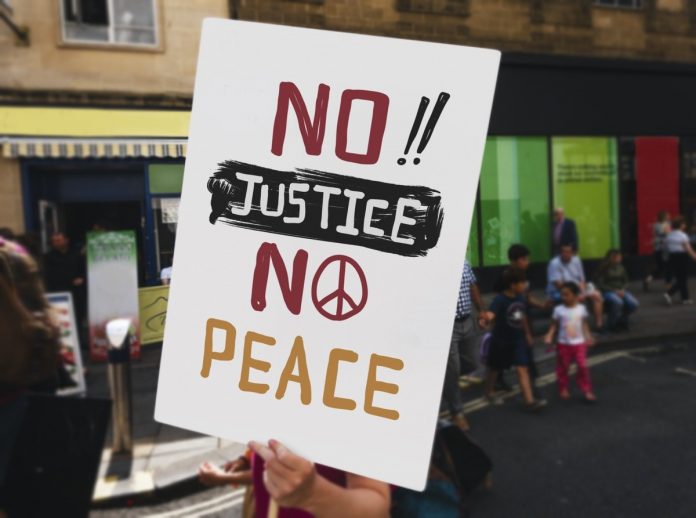 Example of submission and refusal to submit to authority, in the Bible

Submission to authority in the Bible is often misconstrued. Pastors use Bible verses to mean “it’s OK to meddle in politics.” In contrast, examples suggest a “passive response” to the evils of leadership.

In the Bible, there are two authorities: The civil government (Roman Empire) and religious leaders (Pharisees). In the past, the Jewish authority was often rebuked, not civil authority.

Today, liberal Christianity claims that social justice and Christian activism are Biblical. However, the examples prove it is not.

Submission to authority in the Bible

Nehemiah led the “great protest” in the Bible. It is often mistaken to mean that Nehemiah fought the government. He did not.

He defended his people against Jewish leaders and caretakers. They enslaved and exploited them. In contrast, Nehemiah submitted to the government.

Nehemiah was a cupbearer to King Artaxerxes, which meant he had to be submissive and respectful to be trusted. He reasoned and fought for the people abused by their Jewish brothers, not the King.

Moses’ family hid him when he was a baby. When he grew up, God commanded him to warn the Pharoah (Akhenaten).

The ruler of Egypt was defiant before God. But Moses regarded his authority with respect. He didn’t even want to talk to the Pharoah.

Instead of reasoning with the king, the once “prince of Egypt” limited his presence by what God only wanted him to say, nothing more.

It was God who rebuked the king; Moses was God’s mouthpiece. Also, the Israelites could have revolted, but they were patient and only moved according to God’s timeline.

Daniel 3:8,12 | Submission but not obedience

The three government officials refused to bow to an idol. They remained respectful to King Nebuchadnezzar, despite the fact they were about to be roasted.

They neither were affront nor insulted his gods. [Daniel 3:16; Gill’s Exposition]

More importantly, they submitted to the decree by accepting its tragic consequences. However, they did not obey the King when it came to worship the idol.

Matthew 21:22 | The Apostles on civil leadership

Jesus could have rebuked the evil Emperor and the entire system, but instead, He pointed to the religious leaders. [Matthew 21:22 commentary]

John 19:11  | Jesus on submission to government

It was the religious leaders who criticized and mocked Jesus. He often rebuked them by using parables and exposing legalism and their selfish motives.

Jesus could have criticized the oppressive government. Instead of telling them what to do or how the government should be run, He focused on ministry.

Jesus acknowledges God’s authority, even in an evil government

When Pilate asked Jesus, “Do You not know that I have authority to release You and authority to crucify You?” Jesus replied, “You would have no authority over Me if it were not given to you from above.“

What Jesus said points to the fact that all government is under God’s turf. We can only trust why He allows evil to reign. (Daniel 2:21)

Paul rebuked Christians who wanted to resist authority. However, there is a caveat, “Rulers are not a cause of fear for good behavior, but evil.” Meaning, the government was placed to stop criminals, even though they too may become abusive. [Full commentary]

Christian testimony was essential to the apostles. Paul reminded Christians to honor everyone, love the brotherhood, fear God, and even honor the Emperor.

Jewish and Roman masters often abused Jewish servants. Paul asked them to submit with respect, even if their “boss” becomes unreasonable.

Young men are rebellious, the reason Peter told them to be “clothe in humility.” The point of Peter was to protect the testimony of Christians as peaceful people.

In Biblical times, God’s people, the Israelites, submitted even to “bad leaders.” For example, the Assyrians, Egyptians, Romans, and their religious leaders abused them. They did it to honor God. [1 Peter 2:13–25]

During the middle ages, Jews were burned in troves, following the death plague. People blamed them because they were unaffected by it.

Anti-Semitism was rampant wherever they settled. In WW2, they submitted to Hitler’s evil reign to the point of execution.

Unlike other cultures who fight back by destroying communities, the Jewish people followed their laws on authority and daily discipline.

Those who refused to submit to authority

Adam and Eve had everything they needed. The serpent tempted them to want more. Their act of disobedience is rooted in their refusal to submit to God’s order of things in paradise.

Clearly, it was a test to which God knew they would fail. Nonetheless, He permitted the devil to tempt them to accomplish His greater plan for humanity’s redemption.

When we’re fully restored with God in heaven, submitting to the omnipotent authority of God will be our nature.