John15 youth volunteers concluded J15’s first-anniversary concert held on November 6, 2016, at the covered court of Avida Settings Bacoor, Cavite. The youth on fire had been hoping to hold a day of celebration declaring God’s power and glory through music. Their prayers were answered.

Declaring God’s goodness and provision, the intended venue for the event was unexpectedly upgraded, giving an opportunity to invite more guests and preach the gospel to more youths in Cavite. Food and drinks were also provided as God moved the hearts of the audience through music and guests who shared their talents in music, musical instrument, and dance. The event included praise and worship by J15 volunteers, headed by Erica Rosales who alternately played the drums with Quatro Ogot together with other talents Nikko, Ken, Zimry, MJ, and Ton-Ton. Some of the songs covered were “I know who I am” by Sinach, “Jesus at the center” by Hillsongs, and “Who am I” by Casting Crown. 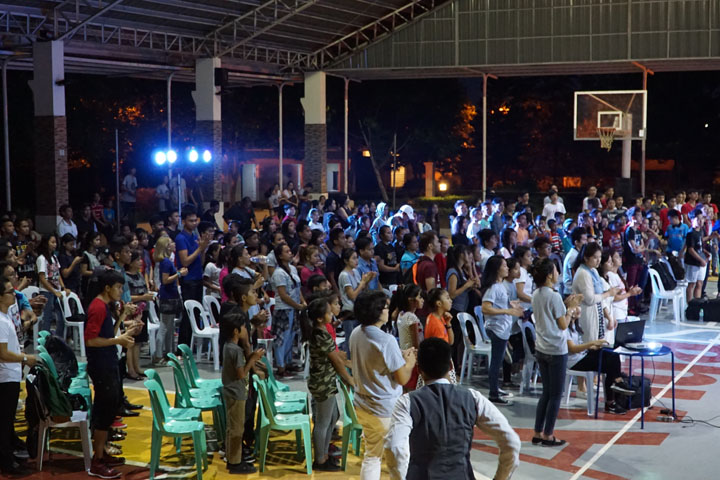 Pastor Oliver Almo of Community of Praise Makati and Pastor Don Satorre of Sheepgate Ministries laid hands and prayed for those who came forward. It was a truly blessed night of God’s affirmation and commitment of his love to those who come to him.

Music from Planet Shakers and Casting Crown was sung highlighted by special guests Victor Gee (Victor G Ministry) from Canada who shared God’s word and sang a special number. He also challenged participants to come closer to God and the unplanned altar call prompted several of them to commit and recommit their lives to Christ. 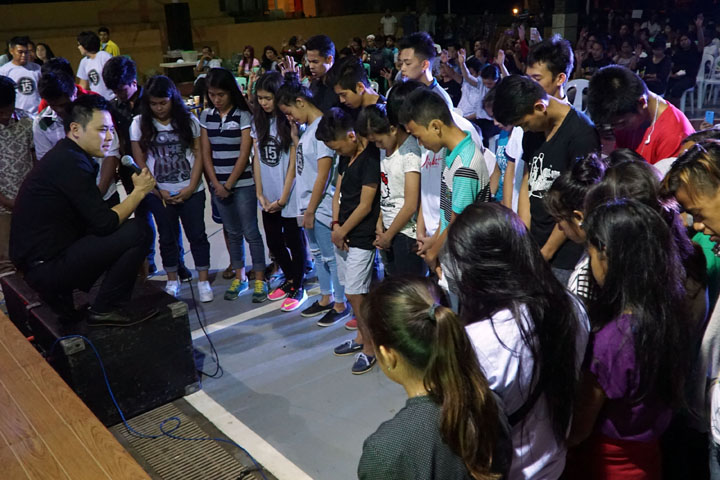 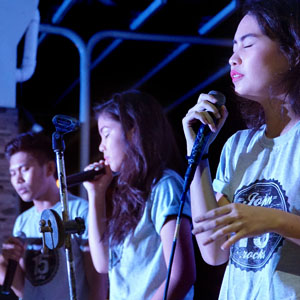 The event was organized together with other volunteers – Jestony Corimo, Kristine Caylas, Bea Satorre, John Mark Laguihon, Nadine De Guzman, and Honey Crisostomo. The event was attended by about 250 youths from Bacoor, Dasmarinas, and Las Piñas areas. It was a simple yet blessed night as the love of Jesus was proclaimed. The event was also graced by other evangelical Christian groups that Sheepgate Ministry have partnered with. Aloi Satorre, who is also part of Project Noah in Cavite helped organize the event.

The night was capped by Josh Espinosa, a rare Filipino talent known as the Saxophone Hero Of Baras Rizal, who played his own interpretation of Amazing Grace while a special dance number by Earist Christian Organization (ECO) from GMA Cavite surprised the audience. The youth group looks forward for another celebration next year. To those who would like to participate in the event, please contact John15 Ministry. To God be the glory!