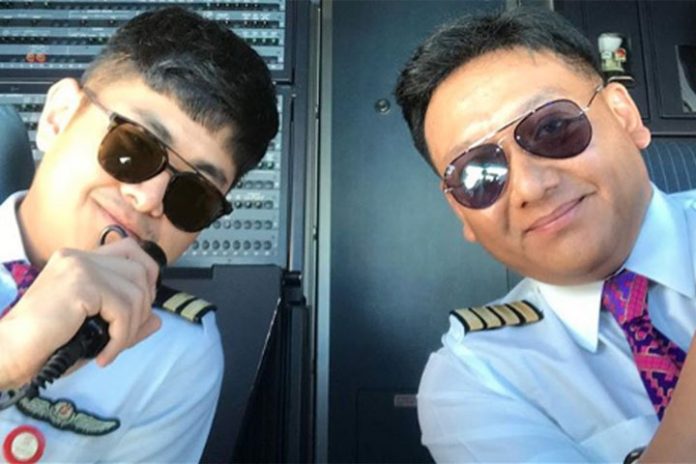 God still speaks to his people

Captain Mafella had been feeling uneasy all day. On his flight from Ujung Pandang to Palu airport, he decided to sing Christian songs aloud to unease his tension.

“Usually I only hum, but that day I wanted to praise the Lord as best I could,” he said. His co-pilot said he could make a whole album out of the songs he sang during their flight.

As they drew closer to the airport, he felt God’s Holy Spirit telling him to circle again before landing. Two mountain ranges surround the airport, referred to as the “Valleys of Death.” Since it was always difficult to land in this terrain, Mafella would always remember Psalm 23:4.

He felt uncomfortable though their landing perfect at Palu. He insisted to everyone that they should leave for Jakarta soon and shortened their break to 20-minutes, short of 10-minutes.

He asked permission from the air controller if they can go 3 minutes earlier. Anthonius Gunawan Agung from the central tower allowed the early takeoff.

Tensed, he broke flight procedures and took over the co-pilot’s role just to speed up the plane’s takeoff. His co-pilot began to notice that the plane’s body was swaying left and right, but Mafella’s hands firmly pressed on the lever, didn’t waste time.

No response from the tower

Minutes after takeoff, Captain Ricosetta attempted to communicate with Control Tower, there was no response. Then they noticed the sea below, forming huge holes, and the seabed slowly disappeared. Minutes after, a tsunami hit Palu.

It was only when they arrived at Ujung Pandang that they learned that an earthquake of 7.5 magnitudes struck the mountainous area of Central Sulawesi. The epicenter only 48 miles from Palu.

Upon takeoff, underwater landslides triggered a massive 10 to the 20-foot tsunami that swept through Palu and other coastal areas. At least 1,200 people perished that day, Friday, September 28, 2018.

Since he took off three minutes earlier from Palu airport, the plane avoided hitting the asphalt landing strip that rippled. They would have crashed and burned. Mafella’s Batik Air flight carried 140 passengers; lives saved. Unfortunately, Mafella’s traffic control man who he called his “wingman” died.

They would have crashed and burned

Traffic control personnel immediately evacuated the central tower during the earthquake, but Anthonius Agung stayed behind to ensure that Batik 6231 took off safely. The moment he saw it airborne, he jumped from the fourth-floor window and suffered internal injuries and a broken leg. He died before a helicopter could take him to another hospital.

Watch actual footage of sinkholes, taken by Captain Mafella on the coast of Palu

Batik Air ID 6231 scheduled to depart at 17.55, door closed at 17.52 then pushed back. 18.02 after cleared for take off, tower building collapsed. We were just rolling on the runway. I felt something wrong on the runway during take off roll. 18.02 earthquake 7.4-7.7 magnitude on scale rocks Palu. Thank God there is a voice (Holy Spirit i believe) telling me to depart early. I’m rushing the boarding process. Late by 30 second i would not have flown. Thank You Jesus. I took this video just after airborne on 1500ft climbing. Strange wave-Tsunami.

Predominantly Muslim, Indonesia’s spiritual awakening is growing by numbers. Although Christians are a minority and intense persecution rampant, many are coming to Jesus.