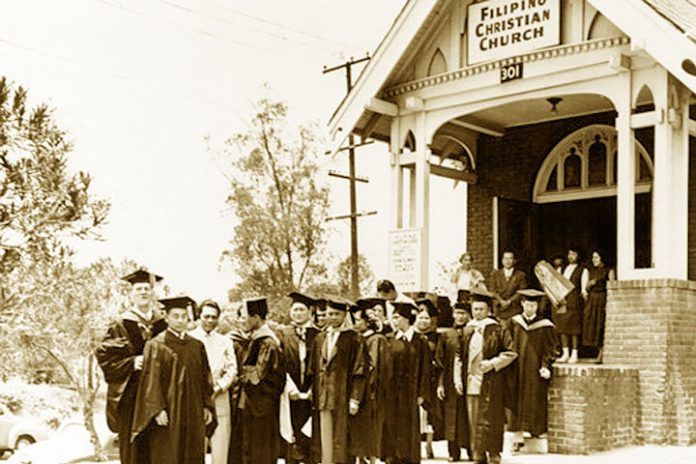 Christian Church History in the Philippines

5121, Roman Catholicism in the Philippines

In 1521, the Portuguese navigator and explorer Ferdinand Magellan, under Spain’s service (Spanish Expedition), was on a mission to discover the “Spice Islands.” He came across the island of Cebu and met Rajah Humabon.

The Rajah had an ill grandson whose recovery was credited to Magellan. Humabon allowed himself and 800 of his subjects to be baptized in gratitude. After Magellan died, Spain sent Miguel López de Legazpi and introduced Christianity.

Roman Catholicism remains the dominant religion in the country and the fifth-largest Christian country globally.

→ Rise of the Roman Catholic church.

Protestant Reformation and the Great Awakenings

Roman Catholic Priest Martin Luther began to “protest” the teachings of the Pope in 1517. It fuelled a movement known collectively as the “Protestant Reformation.” It shook the Catholic foundation of Europe and gave birth to several protestant denominations.

Out of this movement came the “trans-denominational movement” that introduced what we generally know now as “Evangelism” (public preaching of the gospel) led by “Evangelical Christians.”

Evangelical preachers like George Whitefield began the “spiritual revivals” in Britain and its thirteen colonies between the 1730s and 1740s. America became the beacon of these revivals (or awakening) known as the “Great Awakenings.”

WHY PROTESTANTS SEPARATED FROM CATHOLIC CHURCH.

1898, Missionaries in the Philippines

Several Protestant missions from the USA and Europe came to evangelize the Philippines. From 1898 to 1930, these mission agencies made a comity agreement that included Methodists, Presbyterians, Baptists, to name a few.

Eventually, the agreement became intricate, and a split happened because of differences in personality and cultural tensions.

Following Spanish rule, American Christian missionaries established churches and schools in the country. The first wave of American teachers who arrived were mostly ministers who went to many lowland barrios instituting a new public education system. At the same time, some of them exerted influence on the government administration. [Salazar, Severino]

God’s deep calling became evident in April 1901 when American missionaries met and formally organized a common name for all Protestant churches—Iglesia Evangelica (Evangelical Church). Their mission was to disciple Filipinos, emphasizing a deeper relationship with Christ as their savior.

In August 1902, Gregorio Aglipay, an activist priest from Ilocos Norte, and Isabelo de los Reyes, head of the General Council of the Union, formed the Iglesia Filipina Independiente or later became known as the Aglipayan church.

Aglipay wanted a Filipino church, free from Rome. The movement deposed and arrested Catholic bishops and friars accused of abuse and corruption. They also sequestered their properties, labeled as church properties.

About 25 to 33 percent of the population joined the movement but eventually declined. They are associated with the Protestant Episcopal Church of the United States.

In 1913, Felix Manalo founded the Iglesia ni Cristo (INC) as a “sole religious organization.” Manalo claims he was tasked to restore the “one true church of Jesus.” Like the Roman Catholics, INC assumes there is no salvation outside their church. The rest of the other churches are apostates. [Meimban, Obar]

Nineteen independent denominations were formally registered with the Security and Exchange Commission (SEC), and important splits occurred among the major groups. It gave birth to smaller denominations.

The unity of the churches was still a goal, and in 1929, the United Brethren, Presbyterian, and Congregational Churches formed the “United Evangelical Church” in the Philippines.

During World War II, the “Evangelical Church of the Philippines,” which combined thirteen denominations, was formed. However, the Methodist, Episcopal, Unida, and other independent churches refused to join.

A group of Christian leaders mostly coming from non-denominational and independent Christian churches formed the Philippine Council of Evangelical Churches* (PCEC) in 1965.

Today, it is one of the largest Christian groups in the Philippines and is involved in evangelism and politics, among others.

Religious Demographics as of 2000

Growth of followers of Jesus

Christian Believers, Mega-Church Movements from the 1960s to 1990s

This period can be considered the spiritual revival or the “Great Awakening” in the Philippines because of the birth of megachurches, independent of each other but united in one purpose. Given that the Catholic population of the Philippines is more than 80%, statistics give us approximately 95% of Filipinos adhere to the Judeo-Christian faith.

* Information not available.
Please refer to our partial list of Evangelical Christian churches in the Philippines.

Reformed Protestant Churches in the Philippines