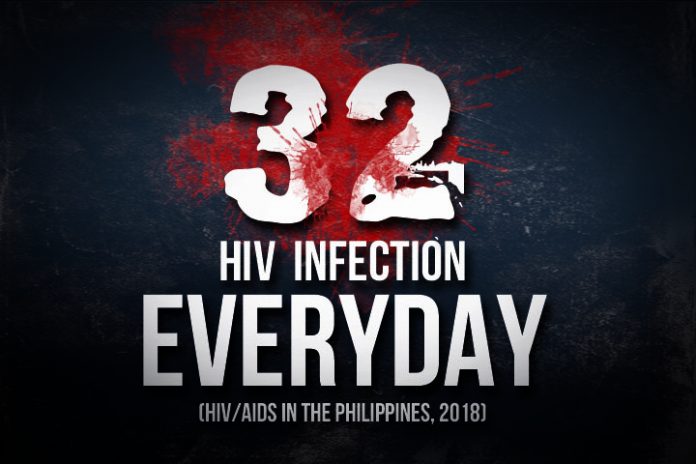 The first reported case of HIV in the Philippines was in 1984. In 2008, only 1 person was getting infected daily. This jumped to 17 per day in 2014 and 25 as of 2016 (DOH). HIV is no longer limited to homosexuals as it was decades ago. As a result, some spouses have been infected and the virus transmitted to their babies.

HIV/AIDS Rate of infection per day as of 2019

“About 50 percent of these males are aged 25 to 34 years old, meaning they are part of the productive age or workforce group while 31 percent are males aged 15 to 24 years old who are part of the younger population and still in learning institutions,” according to Ms. Mary Joy Morin, DOH.

Christian LGBT Support in the Philippines.

Why parents should be concerned

Teenagers ages 14 to 19 years old are at risk of HIV infection.  At this age, their sexual interest, especially among boys, is heightened because of raging hormones. Approximately 65% of new HIV cases in the Philippines are among young people, 15 to 24 years old. Out of the 32 Filipinos who get infected each day, more than half are young men.

The Internet’s influence through hundreds of websites that promote sex has encouraged promiscuity. They first get to know each other through apps or social media and later meet for a sexual encounter.

Those getting married should be concerned

The Department of Health projects about 60,000 Filipinos may get infected this year. Symptoms of the virus are not obvious and may take as long as ten years to appear. Many actually do not know they carry the virus. It may be wise for a future spouse to be tested before consummation.

Why Filipino Christians should concern themselves

There are more than a dozen HIV/AIDS awareness group in the country. Although their campaign is helpful, Christians know that the ultimate solution is by having the right relationship with God. The Lord protects those who belong to Him (Psalm 145:20) and the Bible implore God’s people to help others (Matthew 10:8), regardless of their sex, race, or stature. (Source: Antoinette Evangelista, DOH’s National AIDS/STI Prevention and Control Program)

Why the SOGIE Bill won’t help gays and transgenders.

Vinna: The first transgender of the Philippines to have a gender assignment

The Biology of Faith and Faith-Based Healing