John15 Rocks’ first HIV seminar was held on March 24, 2017, at WinCorp Building, Molino Road, Dasmarinas Cavite. The invitation was open to the youth involved in John15 Rocks’ school mission in Dasmarinas area. Those that attended were ages 14 to 28 years old.

Rowell from Manila was the guest speaker for the event. He shared the struggles and stigma of being branded as a homosexual. His secret lifestyle led to wrong decisions and as consequences became infected with the HIV virus. His life testimony was inspiring and an emotional moment. When he got infected, his world crumbled and was left alone in despair, until he met the Lord. 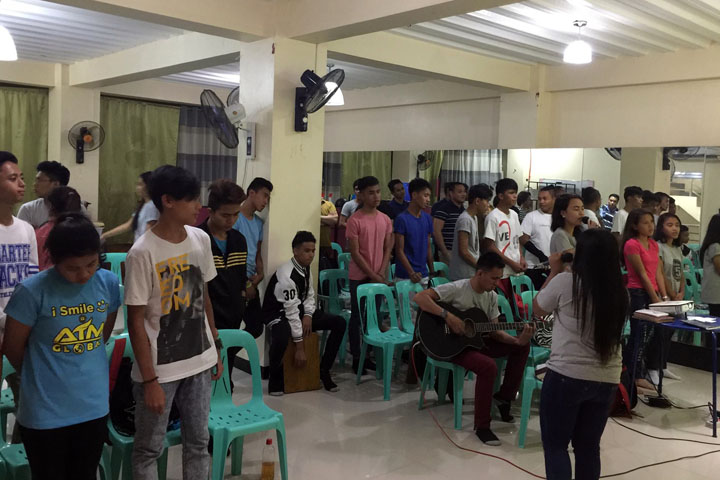 A group of Christian volunteer, mostly from CCF, met Rowell during one of their hospital visits at the San Lazaro Hospital in Manila earlier last year. They encouraged and prayed regularly for Rowell. As a result, the HIV did not progress to AIDS, and he began to feel better eventually being released from the hospital. He was inspired by the love and friendship of the support group, led by DZ Pacuno. Rowell is now part of the group’s regular fellowship and Bible study.

Safety, prevention, addressing the stigma, and symptoms of HIV/AIDS were also discussed. The event ended in prayer and hope, that true healing can only come from Jesus.