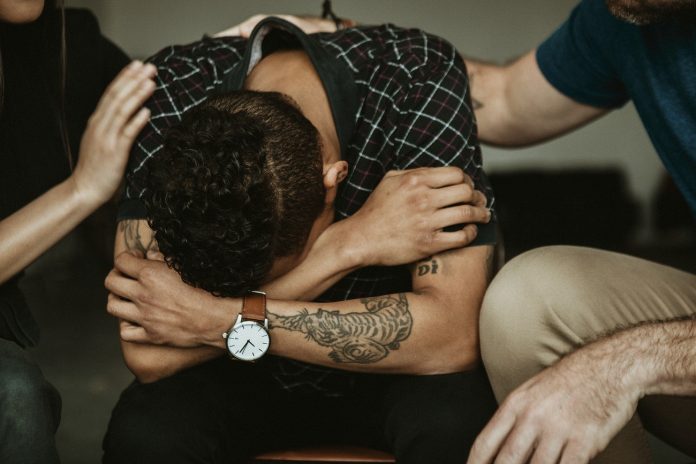 A hopeless case of drug addiction, but nothing is impossible with God who can help you overcome

Johnny (not his real name) grew up in a Christian family and was taught godly values. Despite his environment, he grew up rebellious. He was a bully, had bad grades, was expelled from school, and got into drugs.

He only agreed to college, thinking he could use the allowance for drug money. Johnny also had an explosive disorder. He beat to a pulp someone because of a traffic incident and smashed his car.

Eventually, he was convicted of physical injury by yet another incident where he “permanently damaged” an eye after a brawl. His family wasn’t spared of his temper and substance abuse. Thus, they took him to secular rehab.

Leaving for the United States

In September 2001, Johnny left for the US. For a couple of years, he was sober and had a decent job. Then, he was introduced to a friend who he didn’t know was a drug dealer. Since he had his own money, free from accountability, he began to do drugs again.

As a result, Johnny lost his job, got busted twice for drugs and gambling, yet avoided jail time because of his parent’s clout.

Joining the US Navy

As an act of contrition, Johnny signed up with the US Navy. It helped him not to think about drugs. After deployment, he met old friends in Los Angeles who did drugs in Manila. He accepted their invitation for a drug session. He obliged and told himself, why not, “I deserve a break.”

However, the military had random drug tests, and the generated system selected him out of thousands of military men. He tested positive for methamphetamine that meant a dishonorable discharge.

→ David Upton, Gay in the US Navy until he met Christ.

Depression and hopelessness sets in again

The bigger problem was that with a drug conviction, finding a job was difficult. Depressed, he did drugs again.

At his lowest, he attempted to ask God for help, but the devil would always whisper, “Your God would never listen to someone like you. You are way too much of a sinner! He only listens to righteous people.“

→ Are you having depression?

The rehab experience that changed him entirely

In May 2011, Johnny was back in Manila to spend summer vacation; his Dad said he was again going to rehab. This time, it was a Christian rehabilitation center called the Penuel House.

On the way to the Christian rehab, there was an unexplainable peace in Johnny’s heart–he felt secure and knew things would be alright.

His experience for the first few days was mind-blowing. It wasn’t really the procedure, but God’s spirit working, and it was powerful. True enough, the Lord didn’t waste any time.

It was as if switched turned on and he saw the unconditional love of God, through His son Jesus

“In Penuel Home, I made the most important decision to let go of everything I was holding on to and just surrender everything to the Lord. I stepped aside and let him sit on the driver’s seat of my life, obeying and following his Word,” he said.

An overabundance of joy and peace

Part of his recovery was to share his life with other people who have addictive struggles. He also shared his testimony to prison inmates and to out of school youth.

There’s hope for a drug addict

Openness helped Johnny see the problem from another perspective; he was set free from his own guilt and shame. In the next months that followed, critical to his recovery was attending a Bible study.

His repentance led him to believe and experienced true freedom in Christ by surrendering to God’s will. In his daily quiet time, Jesus transformed him by His words and promises.

* This testimony first appeared in Penuel.

His repentance led him to believe.

Is repentance a requirement for salvation?
Why can’t I stop sinning?
Promises of Jesus to those who believe.