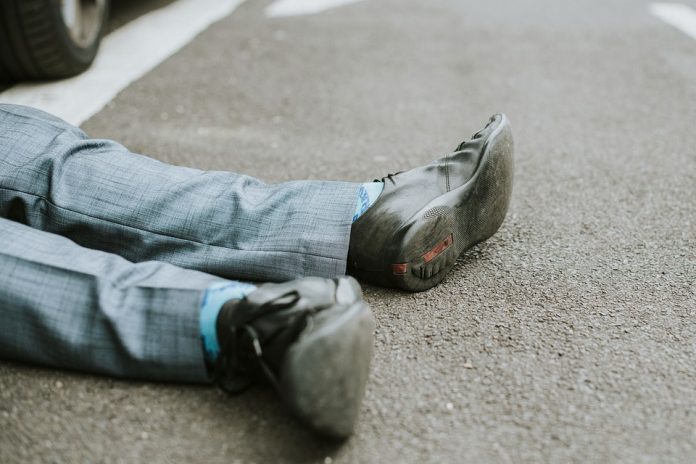 How do you deal with senseless death

How do you deal with a tragedy and death that does not make sense?

On January 25, 2021, four black girls 12 to 14 years old stabs a 15-year-old girl inside a Walmart store in Lake Charles, Louisiana. The belligerent girls stole a knife from the store. One of them said, “‘We just stabbed that b***h in her heart. We don’t give a f**k.” It was senseless.

On the same day in Panorama, L.A., a father was electrocuted trying to move a downed powerline that exploded in their yard. His daughter tried to save him by pulling him but died as well from the shock.

In 2022, about 24,000 vehicles were stranded near a winter resort town in Pakistan. At least 21 people died, including four girls, two boys, and their parents, possibly of carbon monoxide poisoning overnight. It also didn’t make sense.

→ Mother lost all her children to cancer.

Could their deaths have been avoided?

Both tragedies that happened on the same day have different causes and circumstances. Nonetheless, it ended in death that wouldn’t have happened if perhaps the young girls feared God; or if either of them called 911 before trying anything.

One thing we are sure of is that in this world, there are senseless tragedies and tribulations. It may be different circumstances, but it has the same consequences, death eventually comes to all.

→ What happens to atheist when they die?

Who do we blame?

It’s easy to blame others or even God for not doing anything. We have to realize that there is an enemy who seeks to devour and literary kill us in this world! (John 10:10)

Satan rules the world; temptation and dissension are everywhere. More so, many who worship worldliness are children of Satan (John 8:44), so we must expect our planet to be rosy.

→ Will my dead relatives go to heaven?

The hope we have in the midst of senseless tragedy

Jesus came not to save us from troubles on earth but to prepare our place in heaven (John 12:44-50). In the meantime, we look forward to His promises and pray for His divine protection.

In His loving-kindness, grace, and power, God cannot just violate our “free will” if we reject Him. He is our only hope who invites us to come unto His presence and trust Him in all circumstances.

Isaiah 40:31
“But those who trust in the Lord for help will find their strength renewed. They will rise on wings like eagles; they will run and not get weary; they will walk and not grow weak.“

RECOMMENDED:
How can we go to heaven?
Promises of Jesus to believers.

January 27, 2021
- Google Ads -
Previous articlePsychological Safety in Small Group
Next articleOnly Way to Cope with Death of a Loved One

Why God does not answer our prayers

Lists of Christian Churches in Baguio