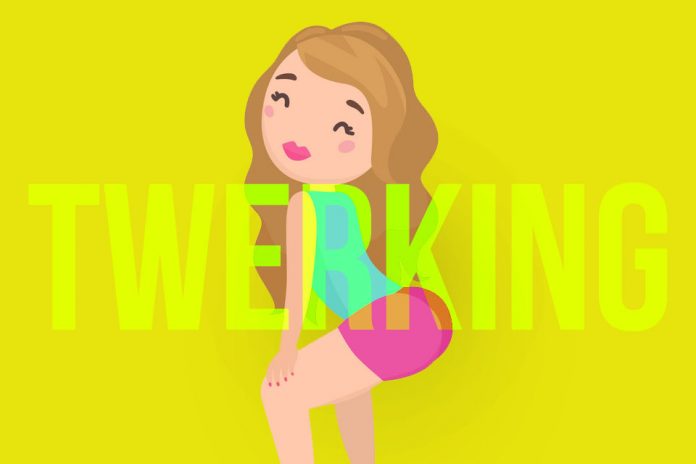 Twerking is a dance move that thursts the hip forward-backward in a high or low squat, emphasizing the butt cheeks. Women with huge hips often perform it.

The origin of twerking isn’t necessarily sexual, although it was used to decide mates. It’s similar to mapouka, a dance from West Africa that has existed for centuries as a celebratory dance. Interestingly, the dance apparently led to encounters with god.

Twerking as we know it today is highly sexualized in America. It came out of the “hip hop” bounce music scene of the Black community in New Orleans in the late 1980s. The 1960’s dance craze “The Twist” was a choreography totally unrelated to twerking.

Why is twerking sexual?

Most black women have huge voluptuous hips enticing for men to look at. Twerking involves bending over, protruding the butt, or “Booty clapping and Poppin” combined with the “bounce dance.”

The twerk dance mimicked the “Prison Guard Sex Position.” The reason emphasis is on the buttocks. Miley Cyrus made twerking famous in 2013. She “stuck out her tongue,” which is another sexual innuendo and demonic gesture that Cardi B did on her hyper-sex WAP song.

Twerking from the “Dirty South”

In the 1990s, twerking was popular in black party culture throughout the hip-hop and rap known as “The Dirty South.” This type of music is sex-obsessed, and cussing was part of its lyrics.

Some parents think twerking is fun for kids

In 2019, a Drag Queen in a children’s event at King County Library in Washington State “twerked and stripped” while dancing in front of a family audience, which is disturbing even for adults.

Twerking and sticking out the tongue goes together; just as a lustful spirit and slithering snakes a demonic representation of it

A Drag Queen said, “twerking is “important to the (gay) story.” The transgender also said that the kids should “stick out your tongue” as they twerk up and down.

In the Bible, sticking out your tongue was practiced among witches and prostitutes. (Isaiah 57:4)

The trans community finally found acceptance, and they’re pouring out their lewd fantasies on children, and their progressive liberal parents are all for it.

Absolutely yes. Christians should have nothing to do with twerking or dancing that promotes lasciviousness.

Ephesians 5:3
“But among you, there must not be even a hint of sexual immorality, or of any kind of impurity, or greed, because these are improper for God’s holy people.”

The neo-feminist twerked in front of pro-life activists. Her action demonstrates the sexual and demonic roots of twerking.