Betesda Skills & Training organized the team building and mini-camp on April 27, 2017, at the Avida Settings Club House, Dasmariñas Cavite. It was attended by new youth club members most of whom were participants of John15’s Youth Retreat, held a week before. It was facilitated by the missionary couple Don and Aloi Satorre.

The materials used was a simple set of team building tools, but with very deep impact on trust, confidence, and the concept of understanding one another and moving as one team.

The modules were prepared by missionary couple Aloi and Don Satorre of Betesda Ministry, who were former partners of the John15.Rocks ministry. The youth event was held a week before the team building camp. It was a mini-retreat that started at 6:30 am until 9 pm. Building people puzzle, relationship issues were tackled. There were also testimonies about the addictive influences of video gaming and other youth vices, held at WinCorp Building, Dasmarinas Cavite on April 20, 2017. 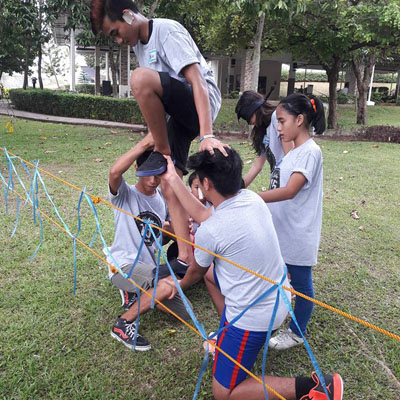 Empowering the youth in Cavite

May 4, 2017
- Google Ads -
Previous articleHIV/AIDS Awareness Seminar in Cavite
Next articleWould you like to be a refined gold?

Bring your Bible to school 2021