John15.Rocks School Club – Harrel Horne Integrated School (J15-HHIS) in Bacoor Cavite, club officers were inducted as charter and pioneer members of J15-HHIS in Bacoor, Cavite, SY 2018-2019. Five officers were inducted into office. The oath-taking was facilitated by the Office of Student Affairs and Pastor Oliver Almo, District Governor of J15RC.

The program opened with a prayer, led by J15-HHIS School Club President – Moriel Almajose. J15RC’s National Director gave a short message charging the officers and members on the importance of getting themselves prepared for the coming challenges.

He quoted John 15:5 and exemplified the need to depend wholly on Jesus in order to bear fruit. The message was immediately followed by the awarding of certificates and pinning of the official club pin. 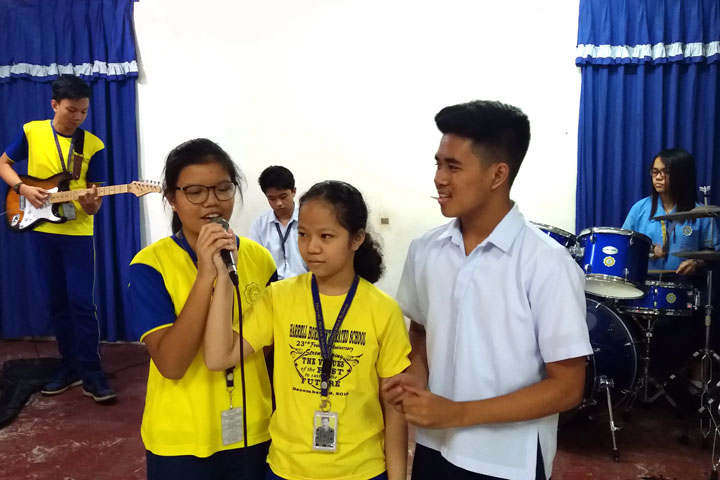 The incoming officers were excited and honored to be the charter officers of the club with Moriel Almajose as President, Rinoa Timtiman as Vice President, CJ Tabunan as Secretary, Rosalyn Parales as Treasurer, and Aliah Villamena as P.R.O. The students were from Grades 8 to 11.

The induction was capped with a very important message from the principal, Ms. Luz Villanueva and charged the students to have a “glocal” mindset. She emphasized the need to think global but act locally. She also lauded the vision of the club that aims to “redeem the culture through Filipino values rooted in Biblical morals.