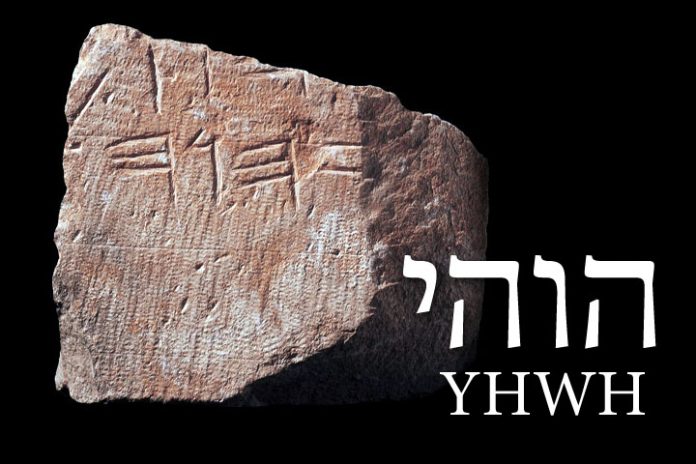 YHWH is not the same as “Jehovah,” the proper pronunciation in Hebrew is unknown, it is ineffable

Around 500 BC, the Jews became very concerned with “not blaspheming” the name of the Lord. His name is sacred, and no one knows the correct way of saying YHWH, JHVH, or YHVH (יהוה). We say “YaHWeH” as a transliteration in English (vowels added).

Rather than say “Yahweh,” the Jews said “Elohim,” which is Hebrew for “one God.” However, how do you say it when one comes across YHWH during a reading of the Scriptures?

The Jews decided that when the name “YHWH” was to be read, they should use “Adonay.” Adonai is a title, not a word. It literary means “My Lords” or a boy’s name.

Where did the name Jehovah come from?

In the Middle Ages, scholars began to read the consonants of “YHWH,” Yud, Hey, Vav, Hey, or Yod Heh Vav Heh. The vowel sounds passed orally, and Hebrew scholars often do not know with absolute confidence how some Hebrew words were pronounced, such as YHWH.

By combining the consonants “YHWH” with the vowels “AOA” (from Adonai), the sound “YA, HO, WAH” or written as “Yehowah” came to be. It is technically an attributed “vocal sound” of the Tetragrammaton that the Jews used to pronounce God’s name.

“Jehovah” first appeared in the William Tyndale Pentateuch English Bible in 1530. Unfortunately, his translations were condemned in England, banned and copies burned.

In 1534, Martin Luther published his complete translation in the German language. Germans pronounce “Y” as “J” and “W” as “V” that’s why we spell it as “JehoVah” in English. Although the Lutherbibel wasn’t the first German translation, after Gutenberg invented the printing press in Germany, this translation widely circulated and became most influential.

What is the real name of God?

When Moses asked God’s name (Ex 3:14), He answered “ehyeh’ ăšer’ ehyeh” (אֶהְיֶה אֲשֶׁר אֶהְיֶה) or “I will be who I will be.” There are no Hebrew words for “am, is or are.” This is why “I am who I am” is not a correct translation but was added to make it grammatically correct. However, Jesus referred to Himself as “I AM.”

There is no way for us to know how to speak the real name of God, written as YHWH in the Hebrew Bible (CARM). The proper name to use for God is “I AM” (Ego eimi or Ἐγώ εἰμί, literary means “I AM”). Jesus referred to himself as “I AM” seven times in the Book of John.

“Yeshua” is also the original Hebrew name of “Jesus,” which came into use sometime in the 1500s. Before that, it was the Latin translation, “Iesus.” This is why “INRI” means “Iesus Nazarenus Rex Iudaeorum.”

Revelation 22:13
“I am the Alpha and the Omega, the First and the Last, the Beginning and the End.“

Transliteration of the names of God

RELATED TOPICS:
Bible verses that say Jesus is God.
How the Bible is twisted by others.