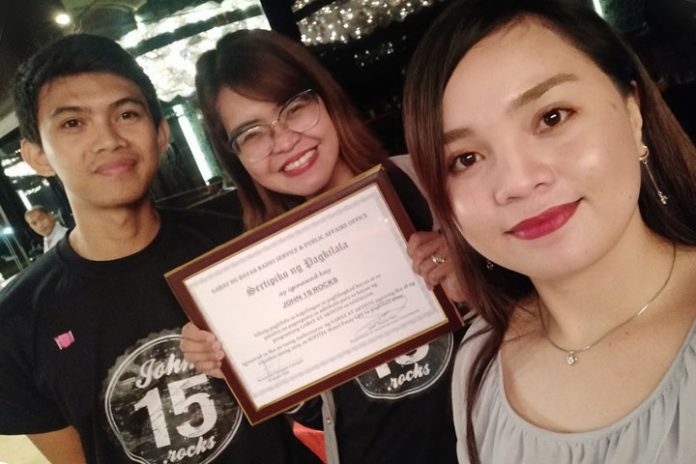 John15.Rocks Center, a non-denominational school youth ministry composed of Christian volunteers from different churches was recognized by a public service show. Gabay at Aksyon, a TV and radio service and public affairs program awarded a “Sertipiko ng Pagkilala” (Certificate of Recognition), for its advocacy and selfless public service support of young students in the Philippines.

The event coincided with the 20th anniversary of Gabay at Akson, currently chaired by Rose Lamagna. It was held at the Sofitel Hotel, Pasay City on October 18, 2019, with guest speaker DILG Usec. Martin Dino. The night was gracefully attended by other LGU and NGO personalities.

Gabay at Aksyon, Talking Heads program can be seen at GMA News on Tuesdays at 12 midnight, Net 25 on Sundays at 10 am, and IBC 13 at 9 pm. Its radio program airs on Channel 11 with “Live on-air” every Tuesday and Thursday at DWBL Channel 1242 KHZ AM Band station, at 9:30 am.