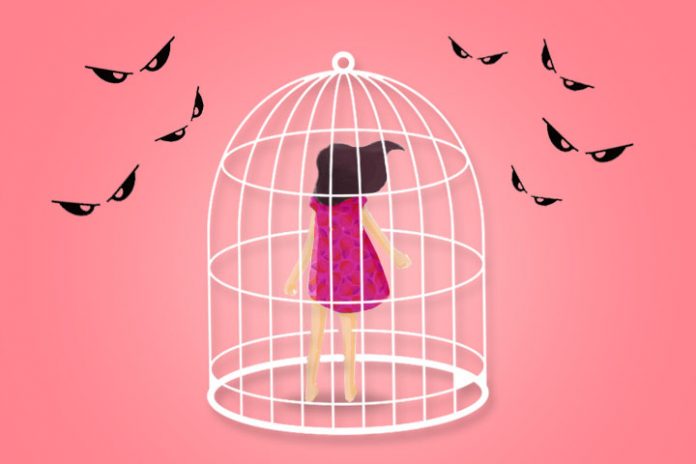 Joy Tanchi was an unassuming 15-years old teen in 1992. She saw the world as a peaceful place. Joy and her siblings were trained in propriety and blessed with a comfortable life.

Her parents shielded them from a corrupt society, tucked away on the hills of Antipolo. It was their little paradise protected by love and prayers, yet evil knocked at their door.

It was Friday, Joy was supposed to be with her friends elsewhere, but her parents suggested a sleepover at their house. It felt safer for them to be home for the weekends. Joy’s parents were leading a Bible Study in Makati that night. What could go wrong?.

Evil at the doorstep

It was about six in the evening when Joy’s uncle, her dad’s cousin, arrived to deliver their monthly rice supply. Lurking outside were a band of thieves. They watched the family’s every move and waited for the truck to arrive.

As the gate opened, the robbers hid behind the truck. They dashed through the front door, armed with guns and knives, and made their way inside the house.

They rounded up Joy’s two younger sisters, younger brother, two helpers, driver, her dad’s cousin, his wife and child, and a missionary family who rented an apartment below the main house.

Ten robbers subdued everyone with little resistance. The doorbell rang at 7 PM, Joy’s friends Irene and Lana were at the gate. To avoid any suspicion, they invited them in. Like spoils of war, robbers claimed their booty.

Raped and abused on her own bed

Numb in horror, “I was raped and sexually abused on my very own bed, in my bathroom, in my brother’s room by a total of seven men,” Joy said in her blog. The men said nasty things and made her do unimaginable things.

Joy and her friends had never been kissed nor had a boyfriend at that time. Her friends Irene and Lana weren’t spared either. What followed next was equally horrific.

After the frenzy, the robbers realized things were getting out of hand – the doorbell rang! They panicked and asked Joy to go to the gate and pretend everything was fine. One of the men said, “let’s kill them now!”

Joy met Lana’s parents at the gate, who dropped by for a quick visit. Quick thinking, she said there were robbers inside. They got the picture and everyone pretended and said goodbye. Lana’s parents sent word to others to pray.

A sudden change of heart

The vile men rounded everyone and were aiming for the kill. Joy hoped she could go first, then a miracle happened. As everyone prayed silently on their own, the men suddenly changed their minds and decided to leave instead.

They took Joy’s Uncle, his wife, and their son as hostage. They drove off using their truck, and the robbers dropped elsewhere. Unexpectedly, they let go of their hostage. Nobody died that day.

Indeed, what God told the prophet Jeremiah has come to them, “They will fight against you, but they will not overcome you, for I am with you to deliver you,” declares the LORD. (Jeremiah 1:19)

Soon, family friends arrived at the house. If they came much earlier, things would have ended differently. The girls were immediately taken to a New Tribes’ Missionary facility.

Joy’s parents arrived at the boarding home. She said, “Mom, Dad, I was raped.” It was the most difficult words she had to tell her parents.

Why would a loving God allow such evil?

Joy Tanchi was made whole again and no longer fears men. Her shame turned to God’s glory. She met Edric Mendoza, which is a unique love story to tell. They have six beautiful kids and are serving the Lord through various Christian ministries.

As to why God allowed this to happen, only God knows. What is clear is that such a tragedy can turn into joy and gladness, and it did for the Tan-Chi family.

Joy’s testimony gives us comfort that we too can overcome any obstacle. Christ alone can strengthen us, Philippians 4:13

Let your biggest trial be your greatest testimony!

God will test us, and although it may be less tragic for the most part, the reasons are all the same. It’s for us to encourage others, to shine for God’s glory, and to share in the sufferings of Christ (Romans 8:17). Joy’s tragedy became her greatest testimony.

We all have our own story to tell. Like Abraham, God may ask you to let go of something dear to test you. Similarly, God allowed Job to suffer to test his faith. Joy shared in the suffering of Christ, and her testimony brought many to Christ (1 Peter 4:13).