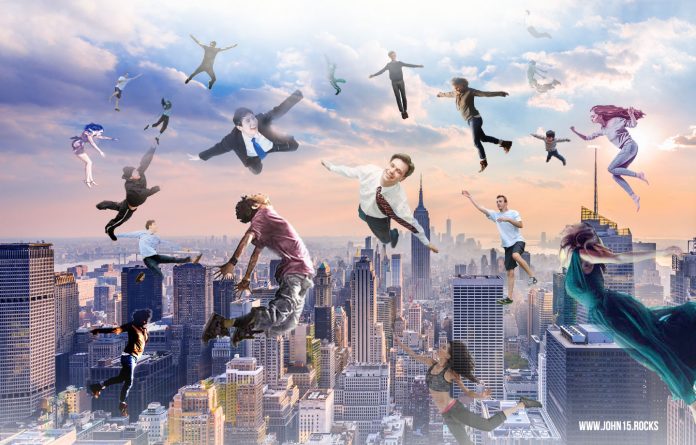 A New Heaven and Earth: Final destination of Christian Believers after they die on earth

What happens to both Believers and Unbelievers?

→ When will Jesus return?

When Believers in Christ dies, their soul and spirit are taken to paradise (heaven) immediately because their sins were forgiven (and washed away) that moment they received Christ as Savior on earth (John 3:16, 18, 36).

This heaven (or paradise) is different from the “New Heaven and Earth,” which has yet to come. (Revelation 21:1-5)

The body remains in the grave as if sleeping, but their soul and spirit live in heaven (paradise).

→ Bible verses that indicate Christians go to heaven immediately after they die.

Is there purgatory? Such place is NOT mentioned in the Bible. It’s a human-made doctrine developed over the centuries. Catholics interpret certain passages to mean purgatory to justify beliefs like the 40-Days Novena, Indulgence, and Rosary

The word “rapture” does not appear in the Bible. It is an assumption based on several verses that suggest such will happen.

Upon the return of Jesus, ‘Believers’ (those alive on earth; in the grave; or paradise) are caught up together in the sky (the concept of “rapture“). They will possess glorified bodies to meet the LORD in the air and prepare for His Second coming to earth. (1 Thes. 4:14-17; Mat. 24:30-31)

The physical body (in the grave) of ‘Believers’ are resurrected first (1 Thessalonians 4:16). Their bodies transformed into an immortal “glorified body” and reunited with their soul and spirit. (1 Corinthians 15:51-53)

Likewise, ‘Believers’ living on earth (when Jesus returns), are instantly raptured and transformed into this “glorified body.” All Believers will be like Christ and see Him as He is. ( 1 John 3:2; 1 Thessalonians 4:17)

Judgment Seat of Christ for Believers

Marriage of the Lamb

Believers in Christ are given bright and pure fine linen to wear and are invited to the “marriage feast of the Lamb. It is the “purification” of Believers, united with Christ as His bride. (Revelation 19:6-10).

Parousia and Battle at Armageddon:

After the ‘Marriage of the Lamb” of Believers, Jesus returns to earth as King. The “King of Kings and Lord of Lords” leads an army. His name is “Word of God.”

Apocalypse and lake of fire (excerpt)

A sharp sword came from His mouth and struck nations with it. The beast and his armies are defeated. The beast and the false prophet (anti-Christ) were thrown alive into the lake of fire. (Revelation 19:11-21)

First Resurrection of the dead

The dead martyrs and those who did not worship the beast or its image and did not have the mark of the beast first resurrected. They became the priests of God and given authority to judge.

They reigned with Christ for a thousand years on earth. The rest of the dead did not come to life until the thousand years were over. (Revelation 20:5)

After the Millennial Reign, the rest of the dead resurrected (Unsaved people*). They stood before the “Great White Throne Judgment” to be judged for their sins. Books were opened. If their name was not written in the book of life, they were thrown into the lake of fire. (Revelation 20:11-15)

Unsaved people or those “not saved by grace” are the wicked, atheists, agnostics Unbelievers, those who never heard the Gospel or heard it but rejected God’s offer of salvation.

→ Will my dead relative who didn’t know Jesus go the heaven?

The New Heaven and New Earth

The old earth and heavenly paradise are no more (Parerchoma). It doesn’t mean destruction, but to pass to another condition. The “Holy City” (new city of Jerusalem) comes down from heaven made of gold and precious stones.

There is no more death, pain, or sadness. Nothing impure will ever enter it. It will always exist, and will always be fresh (Kainos). God’s children are beautiful and immortal. (Revelation 21)

There are trees whose leaves are for healing the nations. Sun and moon will still exist (Psalm 148:3-6), but there’s no need for it because God’s light shines forever (Revelation 21:1-22). This is the final destination for all Believers saved by Jesus.

RECOMMENDED READ:
How can I be saved from going to hell?
What happens to atheists when they die?
Quick Interpretation of 7-Signs in Revelation.

Who goes to hell and heaven