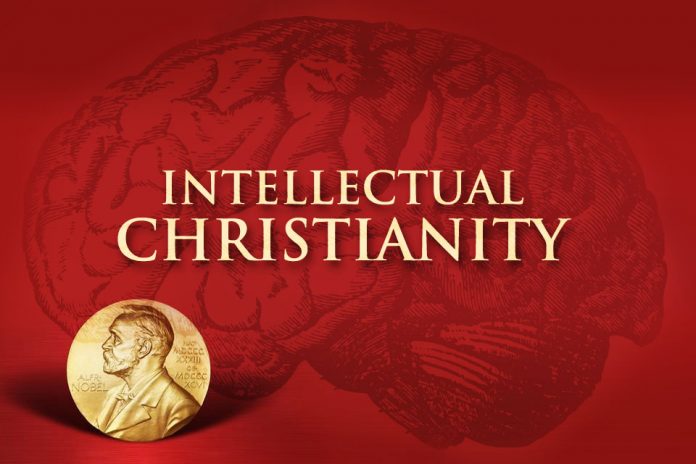 13 Influential intellectual atheists, who became Christians and believed God exist, and the resurrection of Jesus true

Englishman lawyer and journalist Albert Ross was a skeptic. He criticized the Bible and believed in Darwin. He wrote a book to disprove the resurrection of Jesus. Instead, he became a Christian and wrote: “Who moved the Stones?.” As a novelist, Ross was known as Frank Morison.

Anthony Flew was a famous spokesperson of atheism before Dawkins and Hitchens. The world shocked when he said God exists in 2004 and wrote a book about it. He based it both on empirical and philosophical evidence.

Alister McGrath is a historian, biochemist scientist who believed in evolution. He is a Professor of Science and Religion who became a Christian apologist.

Francis Collins is an American physician-geneticist who discovered gene diseases that led to the Human Genome Project. He investigated many faiths, and though resisted, the evidence was clear, and he converted to Christianity.

David Wood was an atheist diagnosed with antisocial personality disorder (sociopathy). After his jail time, he earned a doctorate in philosophy. He’s a Christian apologist who founded a ministry that critiques Islam.

John Gurdon is a developmental biologist, known for his research in nuclear transplantation and cloning. A Nobel prize for Physiology Medicine. He considered himself agnostic but later referred to himself as a liberal-minded Christian.

John Eccles was a neurophysiologist, Nobel Prize in Physiology Medicine. A devout Catholic who believed in divine providence over materialistic happenings of biological evolution.

Jordan Peterson is not exactly a Christian, yet he finds it interesting that the Bible is more durable than stone or an empire. Recently, he studied the book of Genesis. His intellectual curiosity that would have resisted knowing God satisfied his theory that God exists.

Lee Strobel is an investigative journalist. He was an atheist and tried to prove the Bible is not true. The evidence he acquired changed his mind, and became a Christian.

Rosalind Picard was raised as an atheist and converted as a young adult. She is a scholar and inventor who founded the Affective Computing Research Group at MIT. She received the highest professional honors accorded an engineer.

Simon Greenleaf was a chief founder of Harvard Law School, refers to Christianity as a silly myth. After being challenged by students based on history and evidence, he became a believer in Jesus.

RELATED ARTICLES:
List of Christian scientists and intellectuals.
Outline of evidence for the Bible’s authenticity.
How to identify false teachers of the Bible.