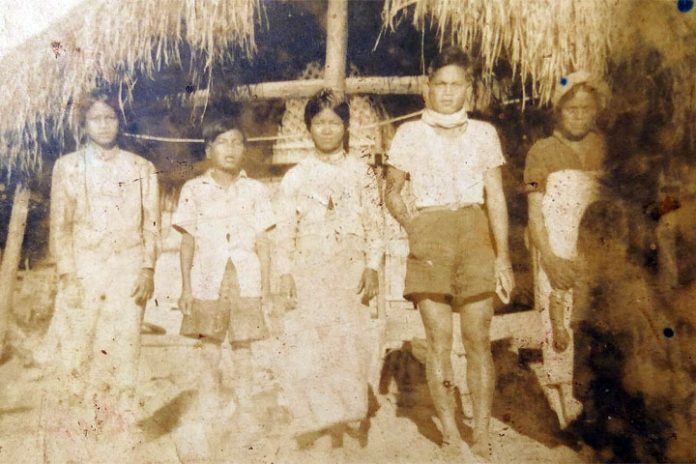 Christianity arrived in Manipur in 1896 but reached to hill areas nearly four decades later. Before the first British missionary arrived in this village, Mangminlen already heard the gospel from Mr. Jamngam Hangshing, a local from the Khokon neighboring Village, he was 24 years old.

The Battle of Imphal took place in 1944, where the Japanese armies attempted to destroy the Allied Forces at Imphal (capital of Manipur) and invade India. Fear, chaos, and hunger spread throughout the villages.

Jamngam Hangshing founded the T. Kholen Christian Church (now C. Kholen) in 1944, and the gospel of Jesus Christ became the hope for many of them. Mangminlen professed his faith in Jesus and was baptized that same year.

He immediately became a youth leader and discreetly shared the gospel with his people. Mangminlen was ridiculed for his faith, but he was strong-willed, and his prayers strengthened his faith.

Indoi is a tribal religion of the Kuki people. They believe that there is only one God who created the universe, unlike other Indian religions that believe there are millions. However, this God is uninvolved in their day to day lives. Thus they worship other deities as well.

[Right photo] A complicated paganistic ritual of Indoi where the head of a goat and a sow is hanged after an incantation. He who blesses the skull of the sow is also blessed.

This tradition and the idea of having one creator of the universe is being replaced by the truth of Jesus, to whom all things were created and from whom all grace flows.

His mother, Chonghoi Chongloi was against his conversion and attempted to convince him to return to “Indoi.” She forced him to drink wine as she performed a ritual that sought to appease the deities. But Mangminlen kept his faith, despite causing grief to his mother. Eventually, his mother too was converted to Christianity.

Between 1944 to 1945, Mangminlen served as “Church Chawkidar” or janitor. He was the caretaker of the church until 1946 when he was recommended to establish a church in Gallam Village, which is about three to four hours of traveling by foot.

By 1952 at the age of 28 years old, he teamed with other believers preaching God’s word everywhere he goes. His heart was particularly drawn to the village of Jangnoi, where the Chief, who was a relative welcomed him to start a church in this village.

Mangminlen was sent formally by his home church (C. Kholen) to establish a church in Jangnoi in 1953. He had one bell and a record book with a meager salary of Rs.10.

Persecuted by his own kin

Christians and non-Christians lived separately in other villages. When Mangminlen’s influence spread and more people were converted, the chief feared that the people in his village would also be divided. He asked Mangminlen to leave and return to his old village, but he refused.

Mangminlen continued to preach the gospel of Jesus, and the church was ordered closed. Then he was beaten at the door of the church for his defiance.

Mangminlen suffered ridicule. He was beaten black and blue yet stood his ground. That same night, he went to the Chief, taking with him his teapot as a customary law of the Kuki people. He asked for forgiveness and was allowed to return to his church. He did not give up his calling, and from then on, the Church began to grow.

He left Jangnoi after a year and returned to his village as youth chairman. There he met his wife Lamvah Chongloi in March 1962 where Pastor Ngullet Chongloi, his cousin, married them. Their first child was born in 1964, named Satkhokai. He was sickly at birth and would not have survived, but his faith kept him focused. He together with his wife and the church elders pleaded for a miracle.

Mangminlen was a very prayerful man, and God answered his prayers and the elders that pleaded for Satkhokai’s life. Thus, he was committed to the Lord and set apart to serve him.

Satkhokai (standing beside his father) accepted Jesus as his Lord and Savior at the age of 18. In 1985, he accepted the call to serve the Lord by studying in a Bible College and eventually becoming the youth chairman of C. Kholen* Christian.

Since the founding of C. Kholen Christian Church in 1944, several Christian organizations have been established and Mangminlen’s son Satkhokai has been positioned to manage several critical roles.

Satkhokai became the second generation Christian leader of the Chongloi family of Kholen, Manipur. He is currently the Principal in Restoration Theological College, Imphal, the Pastor at Imphal Christian Church, Secretary General of Kuki Christian Khangthah Assembly (Youth from the four states of Manipur, Nagaland, Assam, and Tripura State.

He is also the Semang of Kuki Inpi, Chairman of Kuki Nampi Palai (Peace and reconciliation), Chairman Kuki Literature Society Manipur, and General Secretary of Kuki Organization for Human Rights. Eventually, he was ordained to become one of the Pastors of Kuki Christian Church, a critical position in organizing and spreading the gospel among the Kuki people of India.

Indeed, Mangmilen was set apart to accomplish the founding of key churches amongst the Kuki people, the greater role was to rear his son Satkhokai towards the spread of the gospel to millennials in Northeast of India.

On August 6, 1993, neighboring militants burned and destroyed their village. The senseless attack killed 15 innocent people. Mangminlen became even more prayerful. God lead him to move his family to Khunkho Kuki Village where he later died and was buried.

Mangminlen Chongloi served as the church leader (Pastor) for many years and was uniquely well-versed in their native Bible. He was awarded as a man who has read the Kuki Bible in its entirety. He was also a man of prayer and his children counted on his daily devotion and petition to the Lord. He died peacefully on January 26, 2017.

Today, the C. Kholen* Christian Church is vibrant but in need of much financial support. There are a handful of church workers and students studying to become Pastors with very little support. If you would like to help their church ministry, you may contact their Senior Pastor through his Facebook account.

→ Why Louis Zamperini should be the hero of every Christian