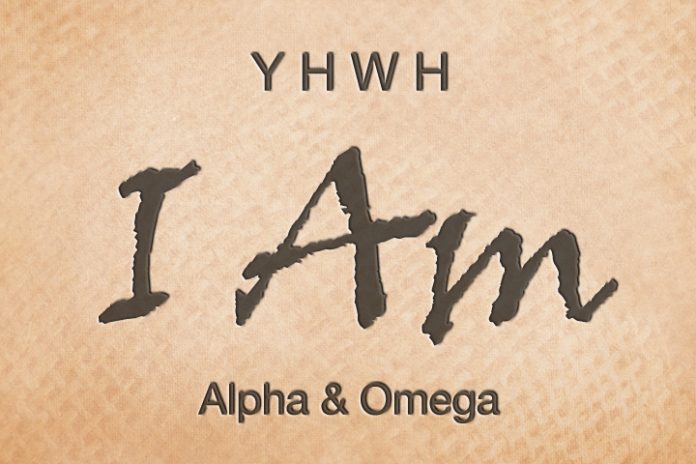 Meaning of the name ‘I AM’ in the Bible

Jesus referred to himself as “I AM” seven times in the Book of John. In Greek (Ego eimi or Ἐγώ εἰμί) literary means “I AM,” “It is I,” or “I Exist.” Although a verb, it is used not with the role of a verb (an emphatic form of the copulative verb) but the role of a name.

John 8:57-58
The people said, “You aren’t even fifty years old. How can you say you have seen Abraham?” Jesus answered, “I tell you the truth before Abraham was even born, I Am!”

I AM and YHWH Interaction

The ineffable and unutterable name YHWH (transliterated in English as Yahweh) is best known from the famous “I AM” interaction with Moses (Exodus 3).

It means God has always existed and will always exist (אֶהְיֶה אֲשֶׁר אֶהְיֶה or I will be who I will be). Jesus says the same thing, “I am the Alpha and the Omega.” (Rev. 1:8)

In the ancient world, names carried with it a person’s character. Thus, there is meaning to every name. God in His infinite sovereignty chose to reveal Himself in the name YHWH, which no one knows how to truly pronounce.

Genesis 15:1
After these things the word of the LORD came unto Abram in a vision, saying, Fear not, Abram: I am thy shield, and thy exceeding great reward.

Revelation 1:8
“ I am the Alpha and the Omega,” says the Lord God, “who is and who was and who is to come, the Almighty.”

The word “He is” comes from the Hebrew root word haya, which means “to be.” It is the third person form of this word, “He is,” that becomes the name, Yahweh.

The etymology of God’s name

God’s name in the Bible are attributes. For example, Abba, Elohim, El Roi, Elyon, and variations of Jehovah. The original Hebrew name of God was written as YHWH or JHVH in Latin.

Vowels were later added when the Hebrew language became extinct giving us the name “YaHWeH” or “JeHoVaH,” which is not to say it is the correct pronunciation.

Ancient Israelites would never use “Jehovah” for God. It is a hybrid because no one knows for sure how YHWH is pronounced. Jehovah is an artificial word bearing no relation to the name of the God of Israel in biblical times, merely a vocalization of consonants and vowels.

READ MORE:
Bible Verses that confirm Jesus is God.
Jehovah is not the name of God.