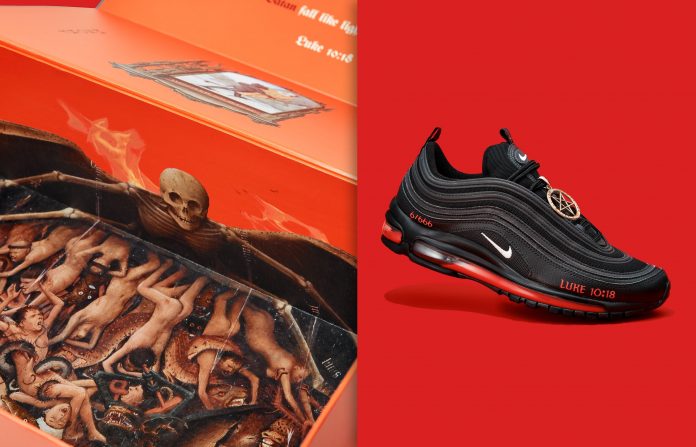 Montero Hill, a gay hip-hop artist, told NPR in January that his core audience is children. The singer also appeared with Elmo on “Sesame Street” and even wrote a children’s book.

Luke 10:18
“He said to them, “I watched Satan fall from heaven like a lightning flash.“

In his new music video, the singer gives Satan a graphic “sex lap dance.” Given his fan base, this is how the young generation is desensitized and indoctrinated by Satan.

The shoes are Nike brand, but the “Satan shoes” is not affiliated with Nike

Toying with Satan is just for fun?

Satan is clearly out in the open. He shows himself in Hollywood, Grammy, Netflix, and now in apparel. Two weeks ago, singer Cardi B, who promoted snakes and Witcraft in the WAP video, performed a “lesbian sex” in Grammy.

Let those who think this is fun be warned:

Revelation 21:8
“But the cowardly, unbelieving, abominable, murderers, sexually immoral, sorcerers, idolaters, and all liars shall have their part in the lake which burns with fire and brimstone, which is the second death.“