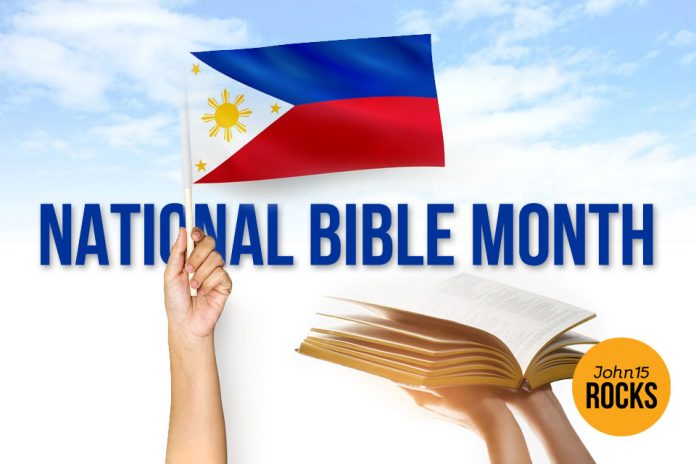 History of the National Bible Month

The history of a national decree honoring the Bible was originally authored as “Bible Week” by President Ferdinand Marcos. He signed Presidential Proclamation No. 2242, s 1982, declaring a nationwide Bible Week celebration in November.

It was later moved to January by President Corazon Aquino, who issued Proclamation No. 44, s 1986. She wanted to start the year with the Word of God.

The lawmakers agreed unanimously in January as the “Bible Month” and the last week as “National Bible Week.”

In light of President Duterte’s support for a Bible Month, Senator Manny Pacquiao pushed for the “National Bible Day” on February 5, 2018. He is the main author and sponsor of the legislation.

Republic Act 11163 was signed into law by President Duterte on December 20, 2018. The bill states the following:

Enshrined in the constitution

The history of a “national observance” on the Bible has been a tradition since 1982. Lawmakers did not oppose the bill and continued supporting the Judeo-Christian God and the Bible as a national symbol of peace and spirituality.

The bill is supported by the 1987 Constitution that dictates, “It is the policy of the state that the government shall aid and encourage the development of the moral character and spiritual foundation of the Filipino people,” Senator Manny Pacquiao said in a privileged speech.

RELATED READING
Should Christians support the SOGIE Bill?
The real political threat of the nation.
What scriptures said about Christians in Politics.