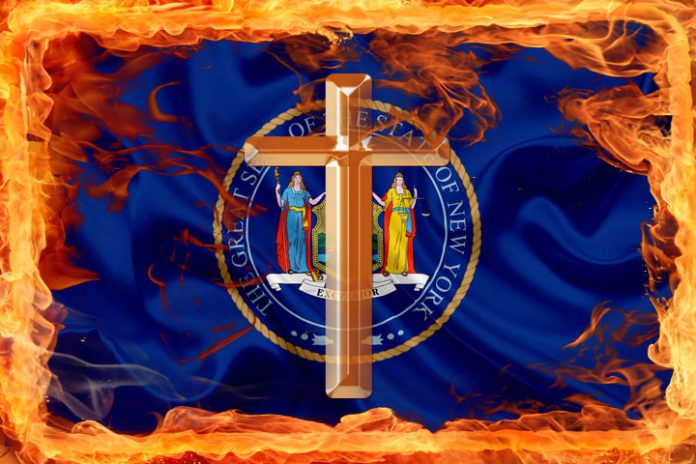 At the height of COVID-19 spread in March 2020, New York Mayor Bill De Blasio threatened to permanently close NYC churches if they violate the new ordinance. Understandably, the city has the highest Coronavirus infection rate to date. Anyone not complying with social distancing puts others at risk.

Is this religious persecution?

Similarly, Florida mega-church Pastor Howard – Browne was jailed and fined for unlawful assembly of about 500 members, during a Sunday service. “His reckless disregard for human life put hundreds of people in his congregation at risk,” said the Sheriff. Clearly, the Pastor violated an ordinance.

In contrast, the New York Mayor’s threat is not just about breaking rules but using the situation to “silence Christians” by permanent closure of synagogues or churches if they disobey. Where do you draw the line between obeying authority, as the Bible says, and obeying God?

New York Mayor and Governor may actually be hoping for a “Christian-Free city.” The double standard is clear. At the height of the AIDS epidemic, NYC Bath Houses were open for years, spreading HIV. A temporary shutdown is understandable for Churches who violates rules, but permanent closure is persecution.

In addition, Governor Andrew Cuomo who signed into law late-term abortion, publicly said that New York was no place for pro-lifers or believers in natural marriage. “Such Christians ought to just… leave.” In fact, amid the pandemic, NY AG calls on the state not to restrict women who want an abortion. The message of the left-democrats is clear, prepare for the return of Christ.

Abortion clinics are "essential" and remaining open. Churches are "non essential" and being forcibly closed. Pastors who hold services are arrested. This is some kind of left wing dystopian nightmare, only it's real. It's happening. And many "conservatives" are okay with it.