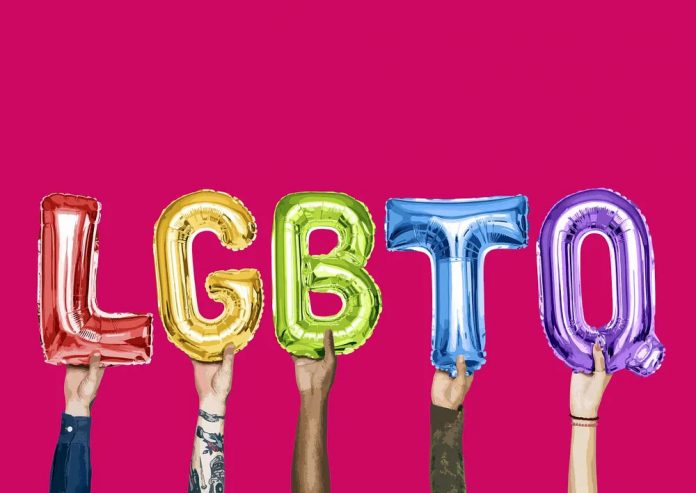 In 2021, China banned “less masculine” men from appearing on TV. It seems ridiculous, but the rise of LGBTQ militant activists pushing gay tolerance is eroding the nuclear family.

A myriad of Satanic schemes in Hollywood, corporate advertising, gay cartoon characters, LGBTQ curriculum, and the Gender Equality Act gave way to the “gaying of America.”

1. Justifying sin because gays were “born this way”

Gay sexual behavior is generally accepted as biological. Today, we have a new generation confused with gender roles. Immoral behaviors like pedophilia and polyamory are normalized.

They’re going to hell not for being gay but for embracing the gay lifestyle.

Recently, a massive study indicates same-sex sexual behavior is influenced by more than one gene, regardless of the environment. Nonetheless, Satan conflates sinful behaviors to confuse and doubt what God said about sexual immorality.

Proponents of “born this way” assume that because gay feelings or attraction are “natural,” it is permissive. Even if it is one’s nature, it is “sinful nature.” But those who are in Christ are a “new creation.”

It doesn’t mean that the gay feelings go away. It simply means that the person repented (metanoia or change of mind) and decided to stop feeding their sinful nature.

Satan tempts us to act out our “sinful nature” rather than obey God. But as the apostles put it, “as some of you were, but has been sanctified in Christ” (1 Corinthians 6:11)

In 2022, a Gallup poll shows that 7.1% of the population in the USA identifies as gay or bisexual, double the percentage from 2012. With Greta Thunberg’s “climate scare,” more young people would rather cohabitate and not have kids.

Author Abigael Shrier concludes that “Gender Dyphosria and Critical Race Theory” are tied together. Its end goal is chaos, confusion, and irreversible damage to young children indoctrinated by the demonic left-liberals.

Decades ago, gay persecution, bullying, and discrimination were so bad that gay suicide was a serious problem. Laws were in place to support the LGBTQ community.

However, gay histrionics had gone over the top when masculinity was labeled toxic, “trans curriculum” was introduced, women lost their identity, and gender was redefined to accommodate political correctness.

In 2020, the Chinese Ministry of Education will promote an education drive to make boys “more manly.” It was ridiculous, but there was no need for it until the “gaying of America” dawned on mainstream media, effectively manipulating young minds.

Together with Hollywood, and corporate America, the gay trend permeated the rest of the world. A century ago, the culture of domesticity was a noble character until it was labeled a cult, and patriarchy was oppressive.

5. They are teaching kids to destroy gender roles

No doubt about it, patriarchy has persisted for so long that many women continue to suffer abuse, especially in other cultures.

Satan attempts to tie together the same “abusive masculinity” with patriarchy in the Bible. Naturally, for the enemy Satan, he convinces us that the only solution is gender equality, which is a sneaky attempt to extinguish gender roles.

God is the author of equality and diversity, but Satan’s version is that we all should be equal with God. This means that God could neither be he nor she. In the same way that parents could be both dads or both moms or vice versa.

Gender and biological sex are conflated

Today, some psychiatrists are convinced that gender and biological sex cannot be separated. Likewise, some biologists now think there is a larger spectrum than just binary female and male. [Scientific America]

In short, they conflate feelings with God’s design and purpose to eliminate gender boundaries.

Gender confusion is real. It is challenging for someone struggling with gender identity, but its nonetheless a sinful nature.

The reason we need Jesus is to transform our lives, become a new creation, and live life according to God’s intention.

WHY GENDER FLUIDITY IS ANTI-CHRISTIAN.

They read LGBTQ books to children, teach the gay alphabet, and tell everyone that being trans and having same-sex relationships have values.

Gay militants are popping all over. They are now in Disney movies and cartoons, Nickelodeon, school libraries, and Hollywood, where Satan no longer hides.

In 2021, a high school endorsed a book for teenagers with graphic descriptions of gay sex.

The gay indoctrination will produce a generation resistant to the concept of the nuclear family. They will call what God calls sin “normal,” hence the normalization of sin.

Recently, Will and Jada Smith’s “normalization of adultery” had become acceptable. Mainstream media calls it “entanglement” or “open marriage,” but God calls it to sin.

The bottom line, militant gays justify what God calls an immoral relationship. What they preach discredits God’s design for the family.

July 3, 2022
- Google Ads -
Previous articleDepression and anxiety in the Bible
Next articleWhat is Paul’s thorn in the flesh?