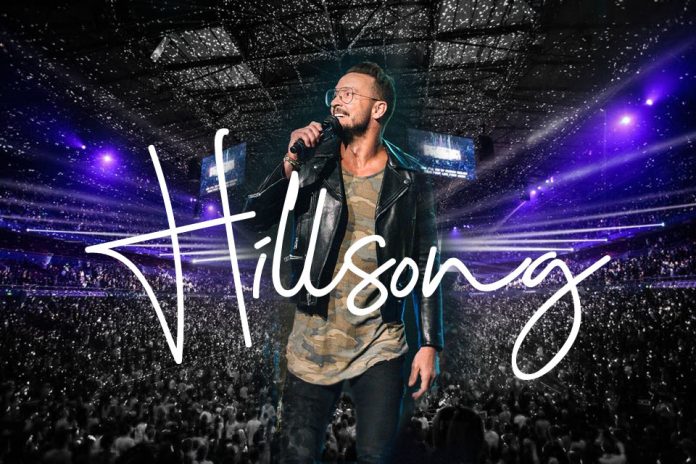 From sex scandals to disturbing MTV, should Christians still listen to Hillsong music?

Hillsong, the most prominent evangelical church today, is known for its amazing Christian music. They are also the most influential Christian group on YouTube, with over 12 million followers. Unfortunately, they’ve been muddled with scandals.

In 2018, they faced allegations of mistreatment of their members, according to NY Post. Then came the confession of Michael Guglielmucci and Marty Sampson. Recently, Justin Bieber’s pastor Carl Lentz committed adultery.

The group is also associated with the prosperity gospel and Moral Therapeutic Deism (MTD). In 2022, Brian Houston resigned amid new scandals.

Lentz proved critics right in calling him a sheep in wolves clothing. He wears expensive clothes, ridden with tattoos. Perhaps Lentz was trying to blend into a specific group—but is it necessary?

We must not conform to this world (Romans 12:2) or be friends with it (James 4:4), or we may be like them. Unfortunately, there are many “Superstar Pastors” today hiding their sin behind their position.

The repentant pastor spent a month in rehab for depression. In January 2021, Lentz was spotted watching the sunrise alone in Manhattan. There is always hope and restoration for a repentant heart.

James 3:1
Not many of you should become teachers, my brothers, for you know that we who teach will be judged with greater strictness.

In 2018, alleged inappropriate sexual relations between staff and volunteers rocked the church. But then it was coupled with another allegation of financial abuse.

Former church members, including Hillsong LA Pastor Nicole Herman, told the New York Post that many pastors at Hillsong NYC often used tithe money to splurge. The cash is loaded on debit cards “PEX.” They use it on expensive restaurant meals, designer clothes, and weekly manicures while living in a high-priced building in Williamsburg, Brooklyn.

Proverbs 21:20
The wise have wealth and luxury, but fools spend whatever they get.

In 2006, worship leader Michael Gugliemucci fabricated a story he had cancer when he composed and performed “Healer.” It appeared on the Hillsong album, ‘This is our God.’

Worse than his lying was perpetuating it. Guglielmucci performed “Healer” over two years, often with an oxygen tube attached to his nose, reported News Australia.

1 John 1:9
If we confess our sins, he is faithful and just to forgive us our sins and to cleanse us from all unrighteousness.

Pentecostal leader Frank Houston was the founder of Sydney Christian Life. It became under the leadership of his son Brian before merging into Hillsong.

Around 2000, Houston’s years of sexual abuse of young boys were exposed. His son Brian, founder of Hillsong, concealed it. He later had no choice but to admit it.

Romans 14:12
So then each of us will give an account of himself to God.

Martin Sampson was one of the original worship leaders at Hillsong Sydney. On August 10, 2019, Sampson announced on IG he was “losing his faith.”

If others like Lisa and Michael Gungor stopped being Christians, many would surely doubt their faith silently. They were fed with “cheap grace” without counting the cost of following Christ.

Matthew 24:13
But the one who endures to the end will be saved.

Hillsong Church has invited prosperity gospel preachers Kenneth Copeland, Bill Johnson, Benny Hinn, and Joel Osteen. These pastors are at the forefront of the prosperity Gospel.

In this video, a pastor rebuked Hillsong for its apparent “demon doctrine.” It was rather harsh. However, MTD and the kind of prosperity gospel Bethel Church or “woke pastors” preach must be exposed, and the true Gospel preached.

Luke 12:15
And he said to them, “Take care, and be on your guard against all covetousness, for one’s life does not consist in the abundance of his possessions.

The song PEACE represents the struggle of anxiety and the refuge found in God’s peace. It has five veiled women (like the brides of Christ). Upon seeing “the light,” they remove their crown. Then, they are lured by the lady in red.

The video is more occultic than peaceful

Lucifer’s name means “light-bringer” (Isaiah 14:12), yet he cursed God. The lady in red may represent Jesus’ blood, but it alludes more to the ‘red dragon’ in Revelations 12.

Likewise, Jesus, who is our peace, also came with a sword (Matthew 10:34). The point is, we must be discerning.

Contemporary Christian music today points more to us, than God

Lyrics of ‘Peace’ points more to what we get than praising Jesus, typical of most contemporary Christian music today.

In 2021, Anna Crenshaw, Philadelphia pastor’s daughter, came out and exposed another Hillsong administrator. Jason May, married, sexually assaulted her at a social gathering while attending Hillsong College in Australia.

Crenshaw remained quiet for two-and-a-half years until she had had enough of how Hillsong dealt with it. May pleaded guilty to indecent assault in 2020.

Houston recently launched an investigation into the U.S. arm of Hillsong Church, which was rocked by allegations of financial abuse from former members who said pastors frequently splurged tithe money on lavish expenses.

Luke 8:17
For all that is secret will eventually be brought into the open, and everything that is concealed will be brought to light and made known to all.

The “Houston family” of Hillsong

While there’s nothing wrong when a family leads a church, it’s interesting that Hillsong founder Brian Houston has his two sons Joel, Ben, and wife Bobbie, take high positions and pastor its churches.

Mrs. Houston, who looks fantastic at 63, talked about orgasm and encouraged plastic surgery. Dailymail reported she urged women to hone ‘good’ skills in the bedroom and how wives need to be good at bed.

The family lives in luxury, and the couple is worth at least 20 million.

The short answer is yes. God can use anything to call your attention or experience His love. Hillsong has been used by God countless times in the lives of young people. No singer, pastor, or musician is perfect—we all fall short of God.

As we draw closer to the return of Jesus, Satan and his armies are doubling on how they can use music to influence people—away from God. The sins of Hillsong’s leaders should not prevent us from worshiping God through their music, but it is best to avoid it.

What’s an alternative to Hillsong music for young people?

The sins of Hillsong’s leaders should not prevent us from worshiping God through their music.

John 4:24
“God is spirit, and those who worship him must worship in spirit and truth.“