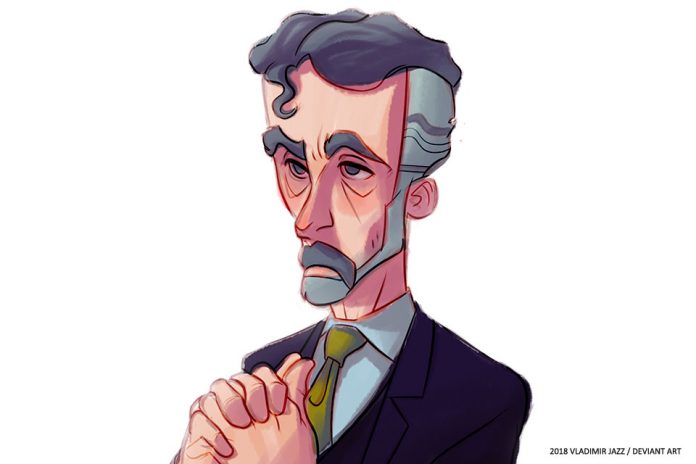 Jordan Peterson believes in God, is that enough for a Christian to listen to his secular wisdom?

In a 2017 interview, Jordan Peterson was asked if he was a Christian. He said, “I suppose the most straightforward answer to that is yes.” When asked if he believes in God, Peterson responded: “I think the proper response to that is No, but I’m afraid He might exist.”

Like most intellects, Peterson admires the works of atheists Nietzsche, Jung, and Freud

When God uses an “unbeliever”

Dr. Jordan Peterson is a clinical psychologist and professor emeritus at the University of Toronto and associate professor at Harvard. Among the many books he wrote, 12 Rules for Life became No. 1 for nonfiction in 2018 in several countries.

His YouTube videos have been viewed a billion times, and his channel has 4.5 million subscribers, while his Podcast had almost a million listeners per episode, with over 55,000,000 downloads.

Many considered Jordan the most famous intellectual of our time—he is very influential, especially among young men. He might as well join the ranks of Carl Jung or Friedrich Nietzsche, he often quote.

To know Jesus is to know the true God.

I would consider him an unbeliever—I’ve never heard Peterson talk about the Gospel of Jesus, yet he published a series on “The Idea of God.” He discussed the light of evolution and how the minds of Jung, Nietzsche, Freud, Dostoevsky, together with patterns, chaos, and consciousness—blend to justify God’s existence.

Just because someone believes in God does not make him a Christian. To begin with, there are many narratives on who God can be. But the Christian God is personal—all-knowing and came in the person of Jesus. Therefore, to know Jesus is to know the true God.

In his book 12-Rules for Life, he wrote two compelling truths: “Assume That The Person You Are Listening To Might Know Something You Don’t” (Rule 9). Another rule is “Tell the Truth — or, At Least, Don’t Lie.” Simple yet powerful.

Tell the truth —or, at least, don’t lie.

The worst period of Peterson’s life

In 2016, Jordan had a severe autoimmune disorder; his wife was diagnosed with cancer. For someone who preaches positivity and has helped many to overcome their struggles, Peterson underwent severe depression and anxiety.

In his 18-months absence, his lectures and videos gained millions of views on YouTube. During his recovery period, Jordan took the time to study scriptures. Maybe not necessarily for spiritual reasons, but as a philosopher and thinker.

One thing is sure; he listened to God by studying the Bible.

In 2021, in a wave of cancel culture, a Jordan Peterson meme resembled Marvel’s supervillain Red Skull bears. The character is a “super-Nazi.” He called out the effort to cancel him and said it was an unfair and absurd comparison.

The mainstream media have not been good to him as well. Despite all these, he hasn’t lost his job, unlike other conservatives who have been canceled.

It’s good in a way if Peterson is, for the most part, on God’s side. As Denzel Washington puts it, “Some people will never like you because your spirit irritates their demons.” Pew Research shows 89% “Liberal-atheist,” lean left-liberal.

Peterson brings together a dizzying array of texts and traditions—Jungian psychoanalysis, the Hebrew Bible, Nietzsche, Søren Kierkegaard, and others to formulate basic lessons, or “rules,” about how humans might overcome their natural tendency lassitude and savagery. [WSJ]

Absolutely. I would encourage men, especially, to listen to Peterson. He is a conservative activist who tells liberals Millenials to “Set your house in perfect order before you criticize the world.” His thoughts and philosophy align well with godly virtues, for the most part.

The real world views Christianity not with blind faith or cheap grace but with sensibility and rationale. This generation is not dumb—they will question the faith.

If we want to be more effective in sharing the Gospel, we must also view Christianity from a practical lens and learn to reason—that’s apologetics.

1 Peter 3:15
“… always being prepared to make a defense to anyone who asks you for a reason for the hope that is in you, yet do it with gentleness and respect…”

WHAT PREVENTS YOU FROM SHARING THE GOSPEL?

Set your house in perfect order before you criticize the world

So incredibly thankful to be back in Canada with my family. We survived 2019 and 2020 by the skin of our teeth. We haven’t had a dinner like this in over a year and a half. Happy thanksgiving everyone!!! (Scarlett and I are taking the photo) pic.twitter.com/kEiqLMxRrq