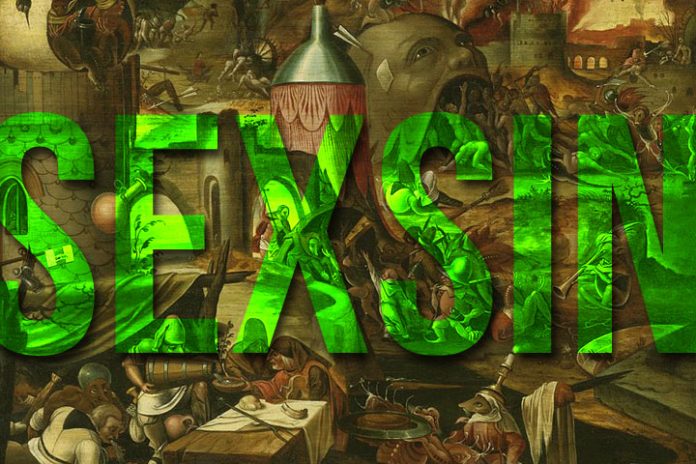 Spiritual Warfare: Exposing the demonic nature of sexual sin and victory in Jesus

Christians can also be “possessed by sexual demons” if their faith is lukewarm. Genuine repentance comes with true faith in Christ. The love, omnipotence, and “righteousness of Jesus are imputed” in us.

Some exaggerate spiritual warfare by giving “credit to Satan,” even though he had nothing to do with it. Pray for true humility to discern if spiritual warfare is needed. A spiritual battle is biblical, but so is the “idol of pride” when exercising delegated authority.

Some exaggerate spiritual warfare by giving “credit to Satan.”

Did Satan make me do it?

Satan cannot make a Christian believer do anything, but he can entice you to sin (1 Peter 5:8). If you give in to your own sinful desire (James 1:14), it is a choice you made (James 4:7). Satan’s temptation becomes a toehold.

Satan cannot make a believer do anything.

As you go deeper, it becomes a foothold and eventually a stronghold where Spiritual Deliverance and fasting are needed. The person oppressed must believe and receive Christ because apart from Christ, we can do nothing.

apart from Christ, we can do nothing.

Our sinful nature is opposed to the Spirit of God. The ancient Babylonian system is the worship of the flesh. The reason scriptures warn us that “Flesh leads to death, while the Spirit to life.” (Romans 8:1-6)

These spirits can come in groups and possess the body as their “sexual nest.” Thus enabling a list of sexual perversions to act out in various circumstances.

II – You can pick up demons from sex partners

When you engage in sexual partners (who is not your married spouse), you also cleave with this person as one. One reason scriptures warns, “Do not be yoked with unbelievers.” (2 Corinthians 6:14)

Spirits transfer from one to the other, and there are cases when the sexual spirits of a person identify themselves as coming from a strange religion. For example, the man had lived with a woman whose mother was involved in that religion.

Also, someone with heavy bondage to these spirits may allow demonic invasion. Passed down to children, it becomes like a “sexual curse.” This only happens if the household does not belong to God.

A former warlock trained by the devil, John Ramirez, exposed these demons’ vast and strong networks that torment people who do not have Jesus.

The Babylonian system comes in other names. Today this can be a “woke religion” using God’s name but is of the devil. The Babylonian religion is thick with sexual sins, lust, prostitution – insatiable appetites that keep people in bondage.

Demons in Hollywood, social media, and even woke Christians bolstered Satans’ agenda. It comes in many names expressed through “political correctness.” It covertly promotes promiscuity, Neofeminism, gay life, or being Trans is OK with God.

Often, excessive sexual fantasies allow filth to enter the mind and give birth to full sin. It can rob a Christian of his spiritual inheritance.

Sex fantasies appear harmless and even fun, but they can rob you of time with the Holy Spirit. This is manifested through the following:

Romans 7:5
“For while we were in the flesh, the sinful passions, which were brought to light by the Law, were at work in the parts of our body to bear fruit for death.”

2 Corinthians 5:7
“Therefore, if anyone is in Christ, the new creation has come: The old has gone, the new is here!“

Manual for the Deliverance Worker.

Sexual deliverance is a controversial subject: For this to happen, a person must submit to the Lordship of Jesus. This means evangelism must first occur. The person oppressed must believe and receive Christ because apart from Christ, we can do nothing. He or she must come to “repentance,” a changing of mind and decision to abandon perverted sexual desires.

RECOMMENDED READS:
I love Jesus but can’t help falling into sin.
Powerful Bible verses for sexual purity.
Why are you an atheist?