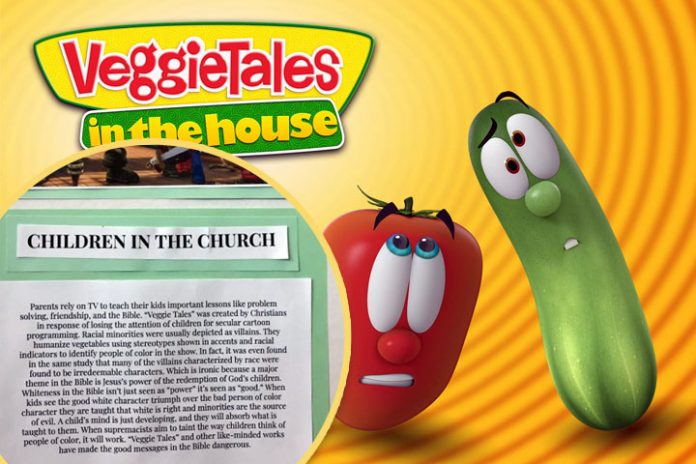 Students at a California college’s “Annual Whiteness Forum” labeled the cartoon show “VeggieTales” as “dangerous.” According to College Fix, they claim its bad for kids because it promotes racial stereotypes by making the villains colored dark and less vibrant.

The issue of color is a hot button for political correctness, a leftists ideology that attempts to destroy conservative values.

Despite the positive moral values it teaches, such as telling kids how much God loves them, the group purported a minor detail and conflated it into a form of discrimination. The atheist group’s intention is a direct attack to prevent Christian values.

Leftist-liberal groups who dislike Christian cartoons like VeggieTales have no issue with cartoons that introduce a gay lifestyle. In fact, they want the gay culture to be taught in schools.