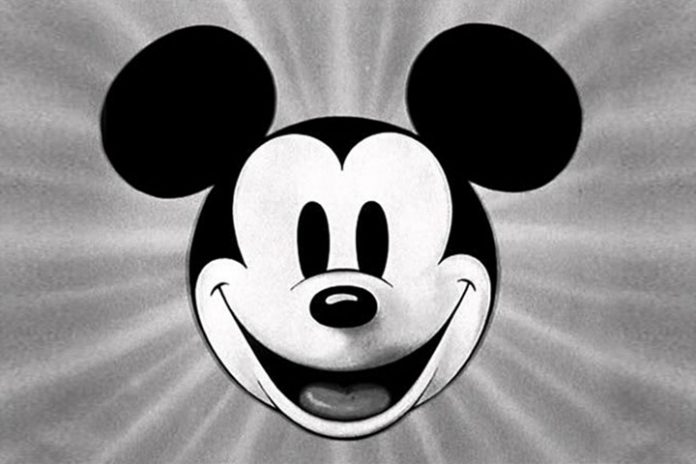 Suicide Mickey begins with pitifully sad Mickey looking down while walking along an avenue. After 1.5 minutes, the screen turns black and quiet for about 3 minutes. Mickey Mouse resurfaces, and a muffled sound of someone screaming is heard as Mickey heads along. After a minute, more voices join the creepy chorus of ghastly demonic screams.

Past 6 minutes, the viewer begins to have a strong sense of fear, and the video turns blurry. In an adaptation in 2013, Mickey’s emotion turns to an evil smirk. In the original video, Mickey’s face is erased.

What seemed to be real screams was like an early 1900s recording of people being murdered in terror. At 7 minutes, the video turns wobbly and a man’s cryptic voice saying something is clearly audible.

While we do not know what he is saying, it sounded like a ritual or a curse being declared. The shrieking voices stop at 8:45 minutes.

GHOSTS ARE REAL BUT NOT IT”S NOT YOUR RELATIVE.

The “Suicidemouseavi” video was uploaded on YouTube on December 8, 2009. It is different from an adaptation that was uploaded in 2013.

If the video is authentic, it was probably made during the 1930s. It was discovered by Leonard Maltin around 2007, the same time the Momo Challenge came out.

It was recreated in 2013 by Cristóbal Gámez, Grand Video Film Photography. In his version, Mickey’s face turns dark and evil as he walks along with damaged buildings. The original video showed simple brick buildings.

In this “new vintage-looking” version, Mickey walks faster until he crashes. It ends with Mickey disfigured and dead with a syringe beside. In the original cartoon, the video ends with a close-up of a faceless Mickey Mouse.

The ‘Suicide Mickey’ can be traced to film critic Leonard Maltin. He stumbled upon the material and digitized it. He created the Walt Disney Treasures, a series of compilations of Disney cartoons and episodes for the centenary birth of Walt Disney.

According to the unidentified person who uploaded the Suicide Mickey video, Mr. Maltin was deeply disturbed when he watched it. He left the studio and asked an employee to finish editing it.

He then became pale, uneasy, and muttered to the security guard, “Real suffering is not known,” seven times. He then grabbed his gun and shot himself.

What is the reason for this video?

Suicide Mickey video is referred to as a “creepypasta” by YouTubers. Intentionally or not, the video wants to cast fear which in turn opens itself to demonic influence.

In the Philippines, a ten-year-old girl saw demonic elements of ‘Suicide Mickey’ in their classroom after watching it by accident.

– Prayer –
“Lord Jesus, you are King of Kings and Lord of Lords, protect my children and their friends from even catching a glimpse of these creepypasta videos.”

– Speak Life!-
“I am a child God and the blood of Jesus who is my Lord and Savior, protects me and my family from all forms of demonic manifestations”

March 2, 2019
- Google Ads -
Previous articleSin can disable if you don’t have Christ
Next articleBe an Online Missionary

Warning: Huwag dalhin ang backpack on one shoulder only