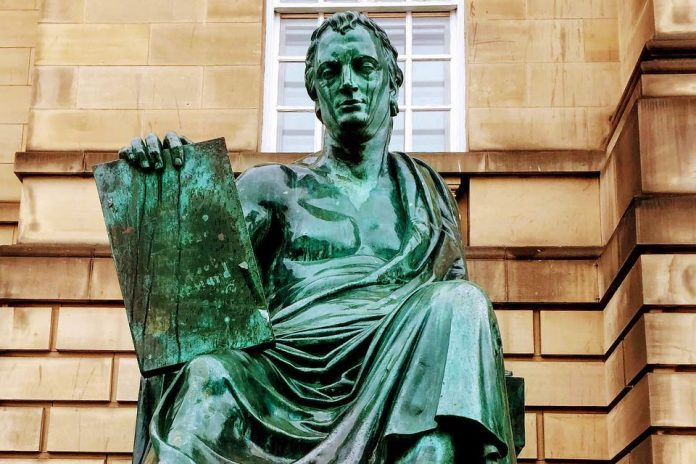 Atheism is a complex and witting philosophy. It is a marriage of evolution, humanism, and freethinking. They deny God, a product of necessity for organized religions who dictate an arbitrary and capricious moral fiat.

A leftover of classical atheism, its no longer intellectual

Today’s atheism actively supports a left-liberal agenda, similar to what Satanist organizations push. They have become militant atheists to pussyfoot, if not shame Christians. Hence the lowly argument of the Flying Spaghetti Monster.

The same is true for progressive and woke Christians, who think it’s the God of the Bible they serve. They preach Moralistic Therapeutic Deism, which is really Satan acting as an angel of light.

The most common type of modern atheism

The concept of God is unknown and probably unknowable. Like an invisible force that is impersonal. It is beyond human understanding; therefore, you can neither prove nor refute God’s existence.

Example: Carrie Fischer (Princess Leia) is “seeker-agnostic.” She was raised protestant but described herself as an “enthusiastic agnostic who would be happy to be shown that there is a God.”

There is no creator, hence no God. These people uphold everything evolved from nothing. They deny a creator and actively pursue the “religion of atheism.”

Example: Richard Dawkins refers to himself as agnostic, but his passion for antitheism makes him a “militant atheist.” He champions Darwin’s faulty evolution theory, that “nothing came out of nothing.”

There is no God, but there is a “universal force” in all of us. Thus we are the “little gods” of the universe. Some are intellectuals who seek the betterment of society by promoting humanity.

Example: Philosopher and novelist Ayn Rand. She is an intellectual atheist, freethinker, and humanist all at the same time.

Spirituality and morality are defined by logic and reason. Not from God because he does not exist. It is loosely interpreted to mean that you are “free to think” how you want to live a life devoid of God’s moral clauses.

Example: Traditionally, these are the likes of Robert Ingersoll or William Du Bois. Today, most of them are LGBTQ people who call themselves “freethinkers” because it frees them from guilt, if not the fear of hell.

Albert Einstein denies he is an atheist. His belief in socialism and liberalism typifies a freethinker. Although he acknowledged God exists, he is neither comprehensible nor personal. He describes himself as a religious nonbeliever.

It comes from the Greek word pan (all) and Theos (God). They equate God with the forces and laws of the universe. Therefore anything that has power on earth (or cosmos) is a fundamental god. In its broadest term, pantheists worship a panoply of gods.

Example: In culture, Indians have millions of gods. In ancient Rome, they even have an altar dedicated to an “unknown god.” In most traditions, people worship the sun and moon while calling stars by different gods’ names.

→ Which God should I believe?

New Atheists, the God-haters and Denials

Their unbelief goes further by hating the very idea that God exists. It’s new atheism among Millenials. To them, if there is God, he should be “punished” for the lousy job he did. Their painful experience is blamed on God, thus deny He exists.

Example: Investigative journalist Lee Strobel had a differing image of his father. Hence, God, who they say is loving, is unreal. His hatred for his dad affected his concept of God. Thankfully, their relationship was restored, Lee became a believer.

God’s existence is based on feelings and circumstances. Thus, there are seasons of nihilism and doubts. For the most part, God is somewhat real but impersonal.

Example: Michael and Lisa Gungor were Christians who evangelized and praised Jesus. For them, Christianity is “conservative and militant.”

Well, God doesn’t make an apology for His wrath and the judgment to come for the wicked. The Gungors formed their home church devoid of scriptures and who God truly is.

A new form of atheism that labels itself “Christian”

An atheist doesn’t have to mean denial of God. They could be teaching Biblical principles, but in essence, it is anti-Christ. Examples are a parley of progressive woke churches, humanist religion, and personalists.

RELATED READING:
Why are you an atheist?
What happens to an atheist when they die?
The powers of Satan.

What Jesus meant about “Love your Enemy”