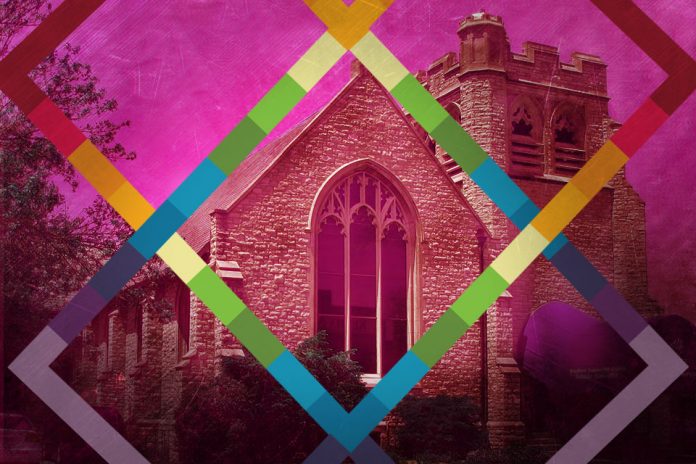 Unitarian Universalist Churches, the epitome of wokeness in American churches that’s not about Jesus

Unitarian-universalists does not believe in the divinity of Jesus. Their theology is opposed to Holy Trinity; hence they are not Christians. They reject several other Western Christian doctrines. Freedom of conscience, not the teachings of the Apostles, are their core values. [Wikipedia]

They love social justice, not the gospel

On August 24, 2020, a Marxist-atheist group set multiple dealership cars on fire in Kenosha, Wisconsin. Arsonists destroyed the livelihood and jobs of innocent civilians. Bradford Unitarian church was in that neighborhood.

Like other universalist churches, Bradford does not have a cross as church markers on their building. Instead, PRIDE colors are represented in many activities. They typify what a “woke church” is in America.

Today’s ecumenism is not of God

Unitarian universalist church members include humanists, Christians, Buddhists, agnostics, earth-centered pagans. It’s a blend of many faiths, which is ecumenism at its best.

In fact, God’s chosen people were only Jews, not Filipinos, not Chinese. But because of His graciousness, gentiles all over the world can claim to be God’s children by faith in Christ.

In short, you must belong to Jesus. Paganism or agnosticism has no place in heaven. Jesus is “The way,” not one of the ways. No one comes to the Father except through Him (John 14:6).

Biblical ecumenism is not a blend of religion or faith, but of people from different races with differing strengths, weaknesses, or social class—who are united by faith to the one true God, Jesus!

Unitarian Universalist is not Christianity

Universalism promotes peace, justice, diversity. However, today’s idea of equality, diversity, and inclusion has turned into a demonic ideology.

Churches like Bradford has bits and pieces that suggest they’re Christian, but they’re clearly not. They are part of a growing movement of woke churches who leans to the left and are liberal.

These churches support same-sex marriage, the ordination of transgender pastors, and the belief that systemic racism exist.

Scary side effects of prolonged exposure to gadgets