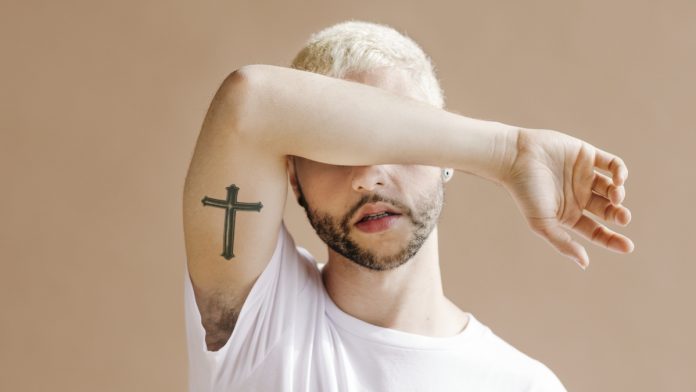 What does the Bible say about tattoo

J Brett Prince has a sigil of Lucifer tattooed on his cheekbone. A large Baphomet (goat symbol) covers his throat with a quote from Satanist Aleister Crowley and a pentagram on his palm. These are obviously demonic symbols that he’d embrace as an atheist.

In 2016, he came to Christ and ‘re-tattooed’ himself. Still, he had it all over his body and continues to make a living doing tattoo art. Does that make him less of a Christian? Of course not.

God looks beyond our weakness and sin because of Christ in us. Therefore, the question is, why would you want to have a tattoo?

For many, these marks are literary fashion statements in as much as to make a point. For the most part, having a tattoo boosts confidence. After all, anyone who can stand the push of a thousand needles had to have real guts.

What the Bible says about tattoos

Tattoo is also a brand. Livestock has tattoos to identify who owns it. Enslaved people were also tattooed in the past. Hence, the kind of tattoo you have is your “brand.” However, tattooing in scripture is a sin. It is a sign of rebellion against God because it can signify defiance.

Professor Viren Swami, professor of social psychology at the university, said: “One explanation is that people who have higher reactive rebelliousness may respond to disappointing and frustrating events by getting tattooed. [Mirror UK].

The pagan origin of tattoos

Diverse cultures have practiced it as early as 5000 B.C. in Japan and 3300 B.C. in the European alps. In the Bible, the pagan Egyptians, Babylonians, and Canaanites, among others, had tattoos. One reason God forbade His people to mingle with pagan cultures.

Its roots come from cultures that follow pagan rituals. It can involve self-mutilation but ultimately use tattoos as a protective amulet or talisman embedded in the skin.

Leviticus 19:28
You shall not make any cuts on your body for the dead or tattoo yourselves: I am the Lord.

Did Jesus have a tattoo?

Revelation 19:16 reads, “On His robe and His thigh, He has this name written: King of kings and Lord of Lords.” It does not imply Jesus had a literal tattoo. The same Chapter also said that Jesus’ eyes blazed with fire, His robe soaked in blood, and a sword came out of His mouth. Clearly, these are figurative.

Woke Pastors who have tattoos

Today’s woke Churches that spread progressive humanist Christianity promote a false Gospel and normalize sin. Not all preachers who proclaim Jesus are inspired by God. By their fruit, you would recognize those who God has sent.

IS IT OK FOR CHRISTIAN TO HAVE A TATTOO?

May 27, 2022
- Google Ads -
Previous articleDaily quotes for teenagers to encourage them in school
Next articleWhy Pride March shouldn’t be allowed

How to cope with depression as a teenager

Why Christian maturity is impossible