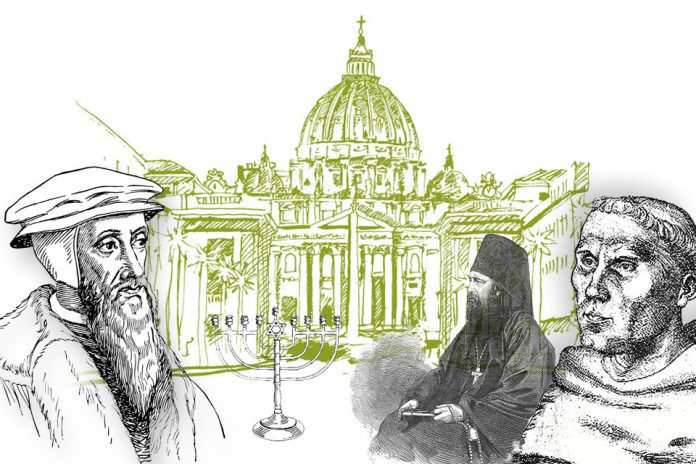 Which Religion is the True Church of Jesus that the apostles established?

How do you know if it’s the true church of God, established by Jesus Christ through the apostles?

The true church of Jesus Christ is the “body of believers.” You can be Catholic, Protestant, a strong or weak Calvinist, saved through the redemptive work of Jesus for those who believe or are elected.

Among the different religious branches who claim the “true church of Jesus,” Roman Catholics shine. They believe that the Pope is the vicar of Christ by interpreting scriptures to satisfy the assumption.

The “Western Roman Catholicism” went far and wide in influence until protestants broke away and restored apostolic preaching.

Protestantism can be considered as the fourth group of Christian churches. Subsequently, there are six branches of Christianity, all claiming apostolic tradition.

Six main branches that stems from the early church

Martin Luther sparked the reformation. He was forced to break away from Rome after failing to push change. Like John Calvin (who also wanted reform), they restored apostolic teachings in the 1600s.

Apostolic interpretation continues in some reformed churches today. However, a new breed of liberal-progressive “woke churches” has departed from scriptures, just as prophesized.

Luther and Calvin restored apostolic teachings in the 1600s.

Satan did not prevail

God will not allow Satan to prevail and let the faithful be deceived. Jesus said, “I will build my church,” and all the powers of hell will not conquer it. [Matthew 16:18 commentary]

Satan diluted Christianity by mixing it with pagan practices such as idols, rosary and usurping the authority of the Holy Spirit by calling men infallible and holy.

Today, the Gospel of Jesus continues to be preached through different churches.

→ How the gates of hell did not prevail in the church.

How do you know the true church of Jesus?

These churches may not be directly related to one another, but they are united with the following truths of scriptures.