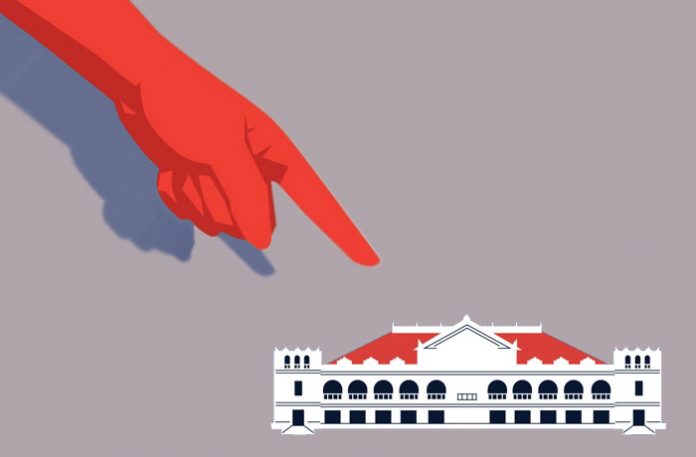 Six reasons why Christian soldiers should not join protest rallies, fight, or tell what the government should do

We must submit to rulers and authorities (Titus 3). However, we should obey God rather than men; “expose evil” and rebuke sinners (Eph. 5:11; Luke 17:3). But then, Jesus commands us to love and pray for those who persecute us (Mt. 5:44).

With seeming confusion, the Bible is clear: Christians should not join a protest rally, fight, or tell what the government should do. These are civilian pursuits. A Christian soldier’s war isn’t against flesh and blood but against the unseen spiritual forces.

1. God calls us to be salt and light, not to be social justice warriors

To be “salt” means to make a difference in the life of others by doing good work. To be “light” means to witness God’s Word—not to be social justice warriors.

The flesh seeks after rights and privileges. Man tends to fight back if those are threatened. The obsession with social change becomes an obstacle to God’s redemptive plan—turning it into idols of religious, political leaders.

During the 2022 Philippine presidential election, surveys heavily favored the return of Marcos to power. Catholic Archbishop Villegas said, “The Church should always be nonpartisan, but the Church cannot be neutral kapag ang pinag-usapan ay good or evil” (if the issue is between good or evil).

However, Filipinos wanted Marcos back in power. A slap on the face of the Catholic church that helped Cory Aquino in power.

Roman authorities abused Jews and Christians. They wanted to fight back. Instead, the apostles encouraged them to pray instead. However, Jesus openly rebuked religious leaders.

God can selectively use believers or unbelievers to make changes in the government if it is His will. For example, in 2017, God used President Duterte to proclaim November, as the National Bible Month. Even though he mocked the “God of the Catholics.” In 1982, God used President Marcos to initiate Bible reading for the entire nation.

Political reforms are temporary, the next administration can reverse previous mandates. Thus, it is the hearts of the people that must be changed.

In the USA, no matter what Christians did to stop the government from removing prayers in public schools, they failed because they forced a strong religious agenda.

PASTORS IN POLITICS ENDANGERING THE GOSPEL.

2. The Bible gives NO concrete example Christians must fight the government

Christian activists use Mark 12 or Matthew 22 (paying taxes to Ceasar) as proof that Jesus meddled in political discussions. On the contrary, He avoided it by saying to the people to pay their taxes and not protest the exorbitant “tribute payment.”

Another example social activists use is when Jesus referred to Herod as “that fox” in Luke 13:32. In Rabbinical writings, “the fox” signifies someone who was both crafty and worthless.

It seems to run opposite Exodus 22:28; Ecc 10:20, and Acts 23:5, where we’re told not to speak ill of our leaders. Some Christians use it as a reference to justify criticizing the government. After all, Jesus did.

Prophets have the right to rebuke leaders

3. The context of Proverbs 31:8‭-‬9 is for King Solomon, not his subjects

Proverbs 31:8-9
Speak up for those who cannot speak for themselves, for the rights of all who are destitute. Speak up and judge fairly; defend the rights of the poor and needy.

4. Context of Ephesians 5:11 is exposing false religions, not civil disobedience

Ephesians 5:11
“Have nothing to do with the fruitless deeds of darkness, but rather expose them.”

Elijah: A prophet’s role is to pull down or build up. God gave Elijah the “right” to be confrontational (Jer 1:10); that is what prophets do.

Nehemiah: As a cupbearer, he was devoted and respectful to King Artaxerxes that the king helped him rebuild the temple (Ne 2:5). The “great protest” of Nehemiah was against his fellow Jews, not the king.

Queen Esther: She used her position to save the Jews by exposing the evil Haman (Esther 5:8). King Xerxes obliged Esther because she was submissive to the crown (Esther 7:1-10).

William Wilberforce is a prime example of a Christian who fought for a much-needed social change. Wilberforce was a lawmaker—not a pastor. He defended the helpless by ensuring the abolition of slavery by lawful yet tactical means.

On the other hand, Dietrich Bonhoeffer was an admirable theologian tasked to preach Jesus. He urged “silent Christians” to stop appealing to theology to justify their reserved silence about what Hitler was doing—that is fear, he said.

He got involved with Hitler’s assassination, hoping to stop evil. However, it did little. Instead, it strengthened Hitler’s delusion of grandeur and invisibility. Bonhoeffer was reduced from a preacher to a war criminal.

It is difficult to draw the line between exposing or criticizing evil. One thing is sure, the Ten Booms’ silent voice was heard loud and clear when they opened their home to save many Jews.

Bonhoeffer was reduced from a preacher to a war criminal.

Examples of godly men who disobeyed authority within the Biblical context

EXAMPLES OF SUBMISSION TO AUTHORITY IN THE BIBLE.

6. The Bible is clear, avoid politics and be peaceable

Live a quiet life and mind your ministry

The apostles admonish us to be peaceable. That’s impossible to do in politics. The followers of Jesus to live a quiet life to avoid condemnation and win commendation.

1 Thessalonians 4:11
“… make it your ambition to lead a quiet life: You should mind your own business and work with your hands, just as we told you.”

1 Timothy 2:2
Pray for rulers and for all who have authority so that we can live quiet and peaceable life in all godliness and honesty.

Jesus knew the need for social-political change, but he came for another battle.

Bottom-line, what battle are you fighting?

If you want to run for public office—go for it; we need Christians in government. If you are tasked to defend religious freedom—do it!. However, an “active soldier” of Christ does not involve himself with civilian pursuits. (2 Timothy 2:3–4)

When can we fight the government?

Share in suffering as a good soldier of Christ Jesus. No soldier gets entangled in civilian pursuits since he aims to please the one who enlisted him. (2 Timothy 2:3–4)

WHY PASTORS MUST STAY OUT OF POLITICS.