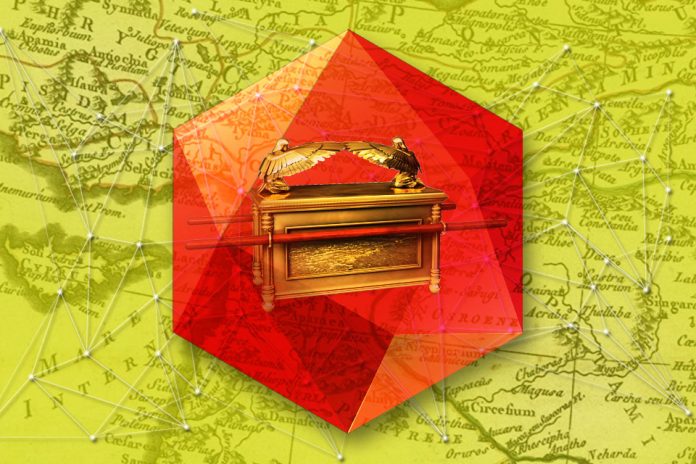 How did the Ark of the Covenant disappear?

The Ark of the Covenant disappeared from history after Nebuchadnezzar II, king of Babylon, invaded Jerusalem in 597 BC. Earlier in 605 BC, he invaded the Kingdom of Judah. There was no mention of the Ark upon the return of Jews from Babylonian captivity.

The book of Maccabees (part of the Apocrypha not accepted canon of Scripture) affirms Jeremiah hid the ark (Mt. Nebo) just before the invasion. However, its location would not be revealed until God says so.

2 Maccabees 5
“Jeremiah came and found a cave-dwelling, and he brought there the tent and the ark and the altar of incense; then he sealed up the entrance.“

No Ark in the Second Temple

When the Jews returned and rebuilt the temple, the priests continued their rituals for the next 500 years. Although the Ark no longer in the temple. [Dr. Zola Levitt]

When Roman general Pompey conquered Jerusalem in 63 B.C., he demanded the privilege of entering the ‘Holy of Holies.’

He came out saying he could not understand what all the interest was about the sanctuary when it was only an empty room. The Second Temple apparently without the Ark of the Covenant.

Possible location of the Ark of Covenant today

Apart from Mt Nebo, the Roman-Jewish historian Josephus wrote Samaritans hid a “sacred vessel” on Mount Gerizim. The Ethiopian Orthodox Church also claims they have the Ark hidden inside the St. Mary of Zion Church in Axum.

Evidence from the Talmud

Shlomo Goren and Yehuda Getz, Rabbis of the Western Wall, are convinced the Ark hidden in a cave in the Temple Mount.

Most Orthodox Rabbis believe it remains directly under the site of the Holy of Holies. Their evidence comes from the Talmud, in the time of King Josiah.

A cave under the Temple Mount

In 1982 the Rabbis was within 40 feet of the cave. It ran perpendicular to the Western Wall and under the Temple Mount.

However, the Muslims discovered their diggings under the Dome of the Rock. The search aborted and the entrance to the tunnel leading to the cave sealed. [Thomas McCall]

Beneath the old ruins of the first temple

Edoardo Recanati proposed a similar claim. God gave King Solomon wisdom as no man had before him, and none will have ever after (1 Kings 3:12).

Therefore, he would have made provisions in safekeeping the Ark, in case of imminent danger.

Solomon allied with Eygpt’s Pharaoh and married his daughter. At that time, the first Holy Temple was under construction (1 Kings 3:1).

Ancient Egyptians are known for their “hidden” rooms, and it would be prudent for Solomon to acquire this knowledge.

The Ark remains in Jerusalem

There are speculations that the Ark hidden in a “secret place” under the ruins of the old temple, consistent with the Rabbi’s claims.

A promise in 1 Kings 8:13 where “God will dwell forever in His House.”