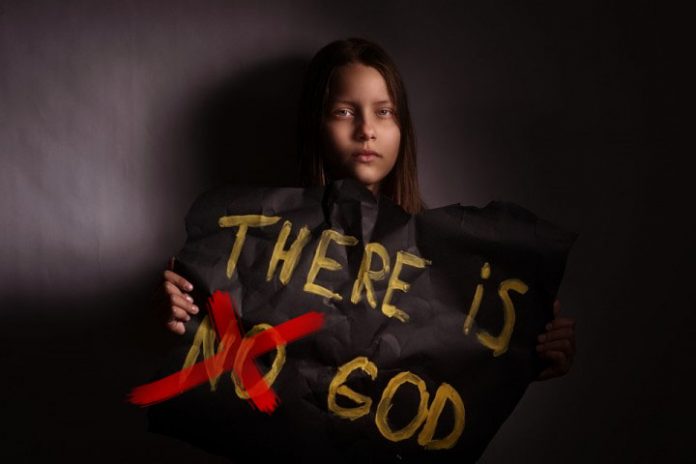 Ray Comfort to Richard Dawkins, why are you an atheist?

Passionate street preacher Ray Comfort exposed the fallacies and delusion of atheism. In the video titled “The Atheist Delusion,” Ray asked students if God was real. Many admitted they were atheists, and Ray tried to change their minds.

Despite some realizing God’s existence, they’d instead remain unbelieving because their lifestyle is too satisfying to give up.

Dilemma of atheists in refuting God

Such is the dilemma of “Irreducible Complexity.” There has to be “Intelligent Design.” Nothing comes from nothing, as Parmenides puts it. Only God has no beginning and no end because He is God!

WHY ATHEISM IS A DELUSION.

Why people are drawn to atheism? Having sex with anyone you like, cheating, polyamory, living a homosexual lifestyle, or using “humanism” to be free from Biblical morals make atheism attractive. Since God is against these, the only way to break free is to deny God’s existence, hence, to be an atheist.

NEW FORM OF ATHEISM AMONG MILLENNIALS.

Despite Ray Comfort establishing the “God our Creator,” most students wouldn’t give up atheism. He points out a simple reason: In video 29:20 minutes, Ray tells plainly that atheists would continue to pretend that “God is not real” because they love pornography, sex, and sinful pleasures.

Those who love sin love darkness more than light (John 3:19). Darkness hates the light, and “Jesus is the light of the world.” Many refuse the light because their deeds will be exposed (John 8:12; John 6:51).

But those who believe and follow Jesus will be saved. When He returns, Jesus will take with Him those belonging to God; then, the end will come.

Atheism is really the refusal to worship God

Moral philosopher and atheist Julian Baggini argue in his book ‘Godless Gospel’ that Jesus is not a moral teacher. Instead, he points out double standards.

For example, Jesus tells us to help the poor, yet allowed Himself to indulge in an expensive perfume that could feed the poor.

Obviously, Baggini refuses to admit who Jesus is. For him, He is a mere thinker, a philosopher like him, and not God who sets moral standards for men but reserves standards for Himself—because He is God.

Antony Flew is also an atheist-moral philosopher who later shocked his followers when he admitted God could exist. Flew and Baggini admits that atheism is not a mere lack of belief but a rejection of faith in God or gods.

All things were made through Jesus, and all things will become new through Him. Jesus deserves all the praise and glory because He is our God who saved us, and that doesn’t hold for people who refuse to worship Jesus.

Atheism is the refusal to submit to God’s authority

In a mock survey at the Atheist Experience Facebook group, a poll asked, “Would you worship a god if it were real? 86% out of 13,000 responded said no.

The issue is not about God’s existence but a person’s refusal to submit to His authority and worship Him.

Revelation 20:15
“Anyone whose name was not found written in the book of life was thrown into the lake of fire.”

ATHEISTS USE HUMANISM, VICTIMHOOD TO GET MEMBERS.

Christian songs you should avoid