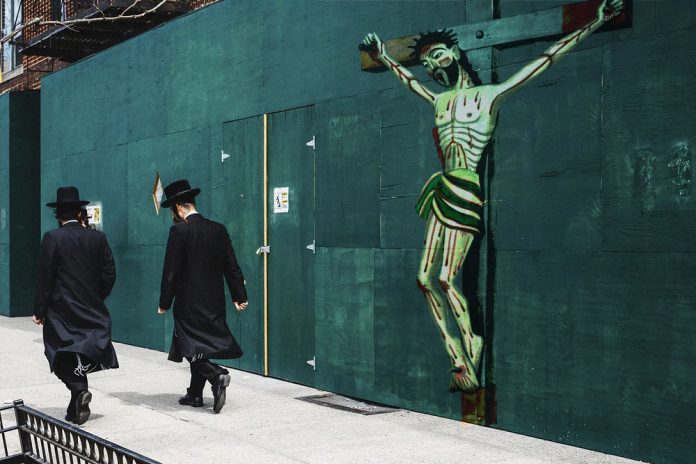 Dr. Eitan Bar (D.Min. DTS) is ONE FOR ISRAEL’s Evangelism and Apologetics director. Eitan lives in Israel and is the leading producer and director of the famous “I MET MESSIAH,” with over 70 million views worldwide.

Jewish persecution has been long and arduous. After they were expelled from their land, first by the Romans, then by the Muslims, indignities came as crusades came on. Jews fought side-by-side with Muslim soldiers to defend Jerusalem against the Crusaders. [Our Hands are Stained with Blood, Brown 1992]

Even the apostles like Paul opposed the Jews. In two of his letters, he accused his fellow Jews of substituting their own “justness,” resulting from Mosaic observance. Paul was, of course, defending the Gospel.

Middle Ages towards the 1800s

In 380, Theodosius I decreed Christianity to be the official state religion. By then, the earlier imbalance of the population of Jews over Christians was a matter of distant memory, even if pagans in the empire still far outnumbered the favored newcomer. But the Jewish position became precarious with this declaration.

During the Carolingian period (800-1000), the Jews of western Europe began to suffer new indignities as the crusades came on. For example, the Rhineland massacres (German Crusade of 1096) was a series of mass murders of Jews perpetrated by mobs of German Christians of the People’s Crusade in 1096.

Towards the middle ages, the hatred for Jews was heightened during the Black Plague. They were blamed for much of the misery in Europe, and it was professing Christians who did so much harm to them.

The Jews of Germany were subjected to many indignities, including accusations of poisoning of the wells and ritual murder. These slanderous charges often led to massacres in the fourteenth and fifteenth centuries.

Germany was populated with more Jews than any country in Western Europe when Hitler came to power. It also had the same ugly heritage of anti-Jewish sentiment as all Christian Europe. [Gerald Sloyan]

Therefore, we should not be surprised if many Jews despise the very idea of being a Christian. Moreso is believing in Jesus. Many of us have not been an excellent example of what it truly means to be a Christ-follower.

WHY JEWS ARE HATED.

How to disciple a non-Christian unbeliever

Doctrine of Election: Does God Choose Who to Save?

Directory of Christian Churches in the Philippines